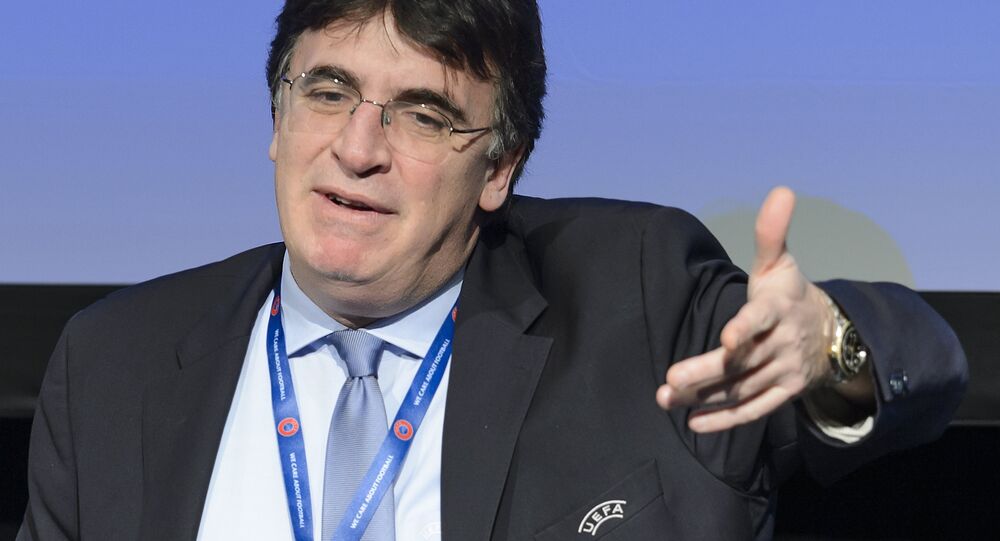 Theodore Theodoridis, the secretary general of the Union of European Football Associations (UEFA), stated that the UEFA will have to make a difficult decision to make in choosing between Germany and Turkey as a host country for the 2024 European Football Championship.

MOSCOW (Sputnik) — The Union of European Football Associations (UEFA) will have a difficult decision to make in choosing between Germany and Turkey as prospective hosts for the 2024 European Football Championship, Theodore Theodoridis, the organization's secretary general, said Wednesday.

"It’s great to receive the declarations of interest from the national associations of Germany and Turkey for the hosting rights of UEFA EURO 2024… It’s clear that there will be two strong bids for UEFA’s showcase national team competition, and it will be a tough decision to make for the UEFA Executive Committee," Theodoridis said, as quoted on the UEFA website.

Last week, both Turkey and Germany submitted their candidatures to host the European Football Championship in 2024.

Turkey has unsuccessfully applied to host European Football Cup three times before. The Federal Republic of Germany welcomed the European Championship in 1988, two years before the reunification of West and East Germany.

Three Candidates to Run for UEFA Presidency in September