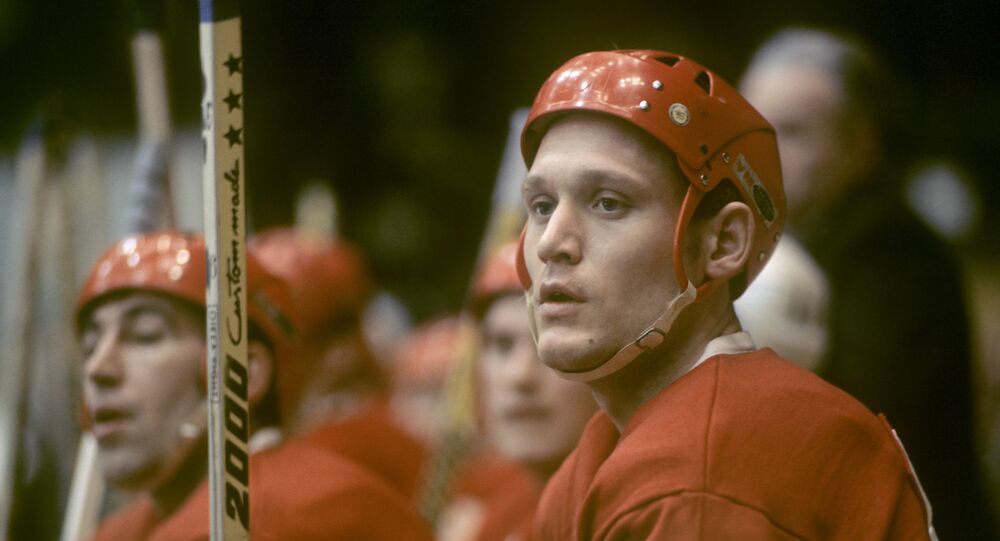 Legendary Soviet ice hockey player Vladimir Petrov died at the age of 69. Together with Boris Mikhailov and Valeri Kharlamov he formed one of the most famous offensive lines in the world hockey.

“On the 28th of February, legendary Soviet ice hockey player Vladimir Petrov passed away. He was 69 years of age,” the RIHF said in a statement. The sportsman died from cancer.

Russian President Vladimir Putin expressed his condolences to the family and friends of Petrov. Russian sports officials also honored the memory of the player.

“A fantastic forward who always played in the first line has left us. Over the course of many years, he was a great player for CSKA Moscow and the Soviet national team … He gave everything to ice hockey right up until the final days of his life. On behalf of myself and the Russian Ice Hockey Federation, I extend condolences to everyone who knew Vladimir,” Russian Ice Hockey Federation President Vladislav Tretiak said as quoted by RIHF.

He also said that the main trophy of the 2017 – 2018 Supreme Hockey League (VHL), second highest tournament for Russian ice hockey clubs, will be named after Petrov.

Tuesday and Wednesday matches of the Kontinental Hockey League (KHL) will start with a silence minute.

Petrov won golden medals of Winter Olympics twice – in Sapporo in 1972 and in Innsbruck in 1976 – and a silver medal at 1980 Lake Placid Olympics. He also won nine World Championships and 11 championships of the Soviet Union. Together with Boris Mikhailov and Valeri Kharlamov he formed one of the most famous offensive lines in the world hockey.

In 2006, Petrov was immortalized in the International Ice Hockey Federation's (IIHF) Hall of Fame.