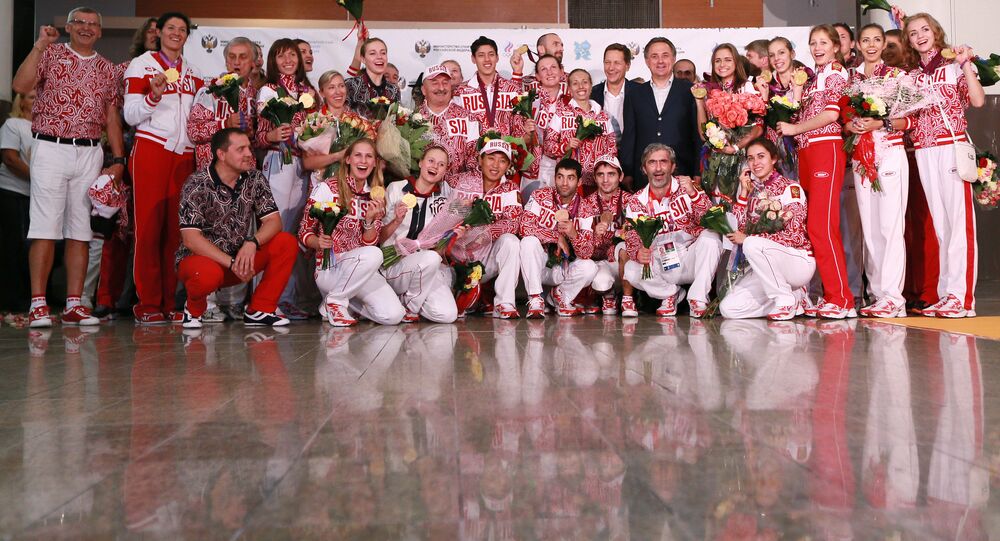 Russia has lost 13 medals earned during the 2008 Olympic Games in Beijing and eight - during the 2012 Olympics in London by decision of the International Olympics Committee (IOC) taken after reanalysis of samples.

© AFP 2021 / Marc Braibant
Countries Should Not Decide on Russia's Olympic Participation - IOC Head
MOSCOW (Sputnik) — IOC has already carried out two waves of reanalysis of samples from the London and Beijing Olympics, retesting the total of 1,243 samples, out of which 98 proved positive, and two more waves are expected to take place.

Earlier on Friday, the Court of Arbitration for Sport (CAS) issued a four-year ban for Russian middle distance runner Mariya Savinova-Farnosova over doping use and stripped her of all medals, gained from July 2010 to August 2013, including a golden medal received at the London Olympics.

© REUTERS / Neil Hall
Russia Agrees With IOC Decision on McLaren Report – Deputy Prime Minister
In late January, the IOC published a press release in which it said that Russian triple jump and long jump champion Tatiana Lebedeva had been stripped of her silver medals from the 2008 Olympic Games in Beijing, after banned substances were allegedly found during repeat tests of her samples from the games.

The IOC stores the samples for ten years and may carry out reanalysis, aimed at protecting clean sports, using the latest scientific methods, and the two waves of retests were initiated in the light of intelligence-gathering process initiated in 2015 and involving the World Anti-Doping Agency (WADA) and International Federations (IFs).

Countries Should Not Decide on Russia's Olympic Participation - IOC Head