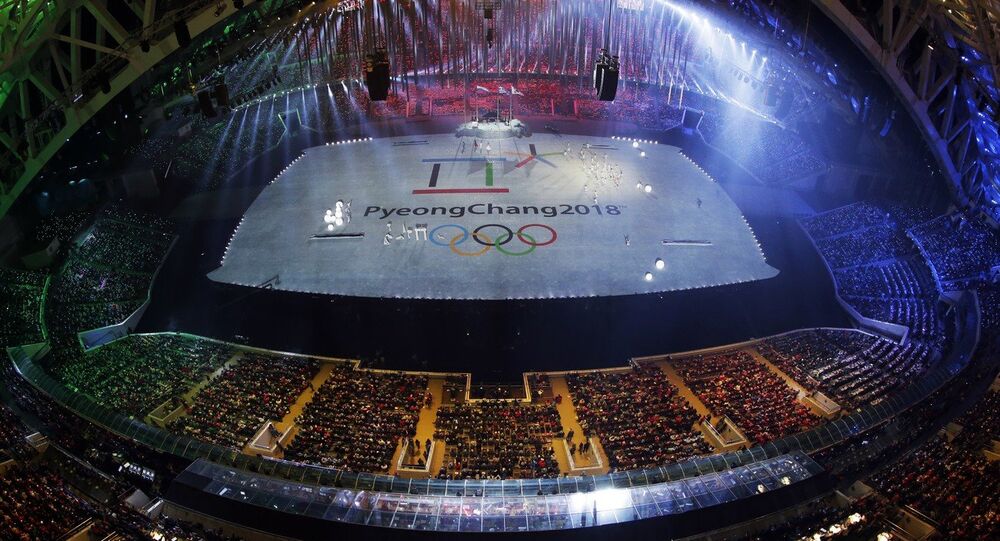 The 2018 Winter Olympics in South Korea would like to see Russian athletes not implicated in doping abuse in its venues, the president of the PyeongChang Organizing Committee said Thursday.

© Sputnik / Igor Zarembo
Ex-ARAF Head Files Complaint With IOC Against Pound for Calls to Boycott Russia
PyeongChang (SOUTH KOREA), (Sputnik) — The statements come after a doping scandal, simmering since 2014, which broke out in July 2016 when the World Anti-Doping Agency (WADA) independent commission headed by Richard McLaren presented a report accusing Russia of running a state-wide doping program and urging the International Olympic Committee (IOC) to consider a blanket ban on the entire Russian Olympic team. The IOC instead let individual sports federations act on the issue.

"We do not tolerate doping and these sort of scandals are unpleasant, but we advocate that all clean athletes who have won the right to compete in PyeongChang to do so, including Russian [athletes]," Lee Hee-beom said at a briefing in Gangneung city.

The second part of the report was published on December 9, 2016, as a result of which Russia lost the 2016-2017 ISU Speed Skating World Cup, the Biathlon World Cup, the Cross-Country Skiing World Cup and the 2017 bobsleigh and skeleton world championships. On January 30, the International Paralympic Committee (IPC) announced its decision to ban Russian athletes from the qualifying events for the 2018 Winter Paralympic Games in South Korea.

On February 3, media reported that the International Olympic Committee (IOC) requested McLaren to prove the allegations made in the report. According to a letter leaked by the Fancy Bears hacker group to the RT broadcaster, the IOC asked for information regarding 16 names mentioned in the report, and provided over 50 questions, the majority of which were how McLaren could prove alleged links between the officials and doping practices. In response, WADA said that it had complete confidence in the report despite certain "discrepancies" in supporting evidence.