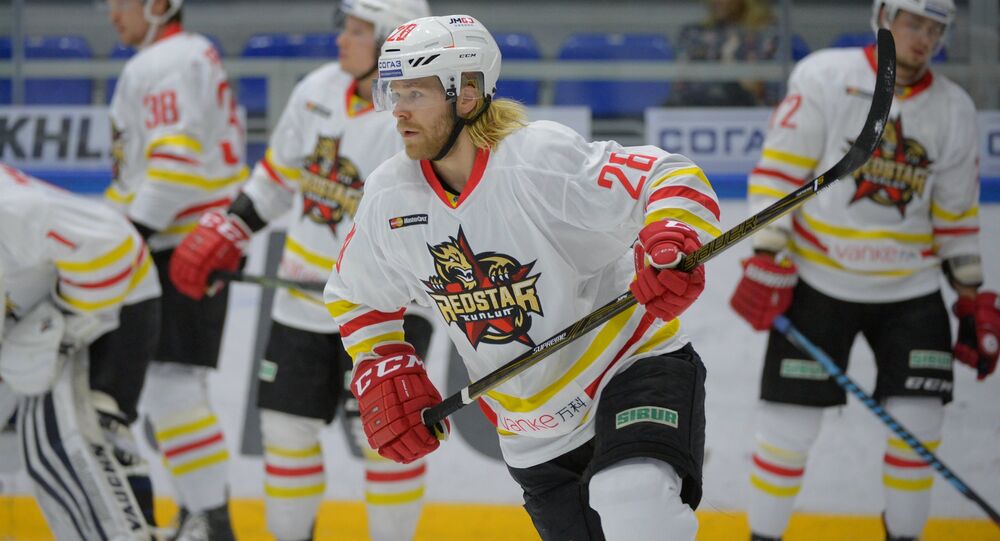 Alexander Medvedev, member of board of directors of the Kontinental Hockey League (KHL) stated that he believes one more Chinese club and maybe a Korean club will join KHL.

ST. PETERSBURG (Sputnik) – Alexander Medvedev, member of board of directors of the Kontinental Hockey League (KHL) said on Saturday he believed that Chinese and Korean hockey clubs may join the league.

"I believe that one day one more Chinese club and maybe a Korean club will join KHL. And we will create the pacific division," Medvedev told Journalists.

The KHL is an international tournament created for further development of hockey throughout Russia and other nations across Europe and Asia. The league comprises 28 member clubs based in Belarus, Croatia, Finland, Kazakhstan, Latvia, Russia, and Slovakia. Earlier, the league also comprised teams from the Czech Republic and Ukraine.

'We Are From Russia!' Hockey Legend Unfazed by Snowstorm