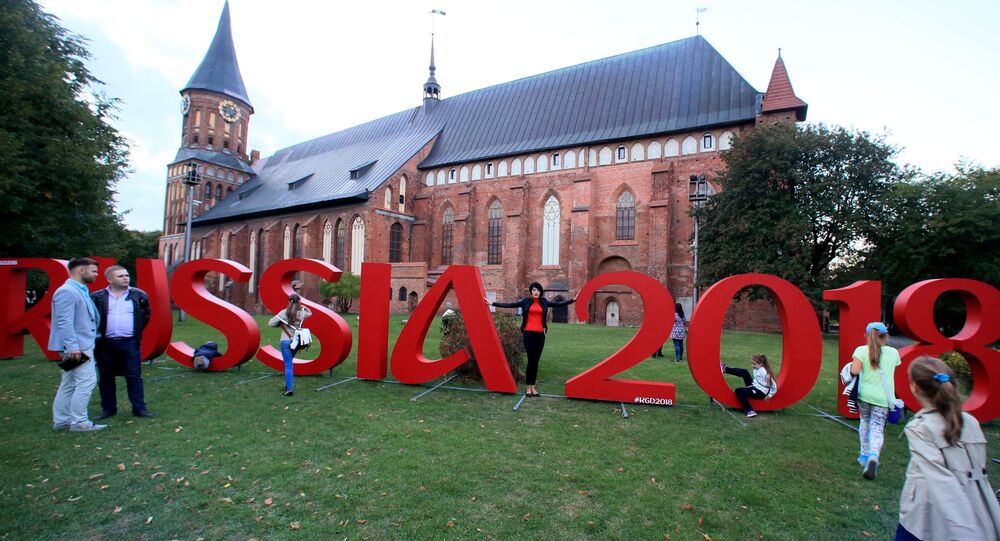 Earlier in January, ex-WADA chief Richard Pound said that Russia could lose the right to host the World Cup if a number of key teams refused to participate.

MOSCOW (Sputnik) — The former head of All-Russia Athletic Federation (ARAF) said Friday that he had lodged a complaint with the International Olympic Committee's (IOC) Ethics Commission against Richard Pound, the former president of the World Anti-Doping Agency (WADA), for his anti-Russia comments.

"I have indeed filed a complaint against Pound with the IOC Ethics Commission… In particular, [Pound] gave unacceptable prompts with regards to Russia on how to deprive it of 2018 World Cup… It was a hint to all soccer countries to boycott Russia," Valentin Balakhnichev told R-Sport.

Balakhnichev added that Pound had been preparing a complaint against him while working for WADA, which cast a shadow on his impartiality.

Earlier in January, Pound said that Russia could lose the right to host the World Cup if a number of key teams refused to participate.

Russian President Vladimir Putin, in his 2016 end-of-year press conference, denounced the allegations of state-sanctioned doping system in Russia, but admitted the existence of individual cases of doping abuse and vowed to work with international agencies on countering the problem.