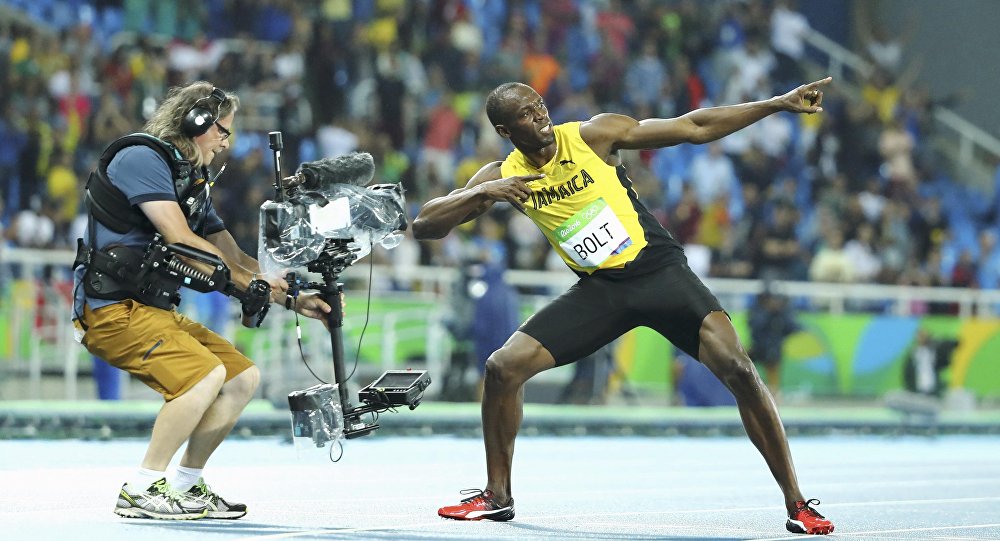 Vine/Joe Fleming
Ouch! Segway Takes Out Usain Bolt
MOSCOW (Sputnik) — Usain Bolt has been stripped of his 4x100metres relay gold medal from the 2008 Beijing Olympics, along with the rest of the Jamaican men's relay team, as a result of teammate Nesta Carter being disqualified for a doping violation, the International Olympic Committee (IOC) announced on Wednesday.

"The Jamaican team is disqualified from the men’s 4x100m relay event. The corresponding medals, medallist pins and diplomas are withdrawn and shall be returned," the IOC statement reads.

According to the committee, a repeat analysis of Carter’s samples from Beijing 2008 resulted in a positive test for the prohibited substance methylhexaneamine.

The gold medal will now be awarded to Trinidad and Tobago.

Russia's Tatiana Lebedeva has also been stripped of silver medals won in the long jump and triple jump events over a doping violation.

The IOC is conducting an additional analysis of stored samples from the Olympic Games Beijing 2008 and London 2012, using improved methods of testing.