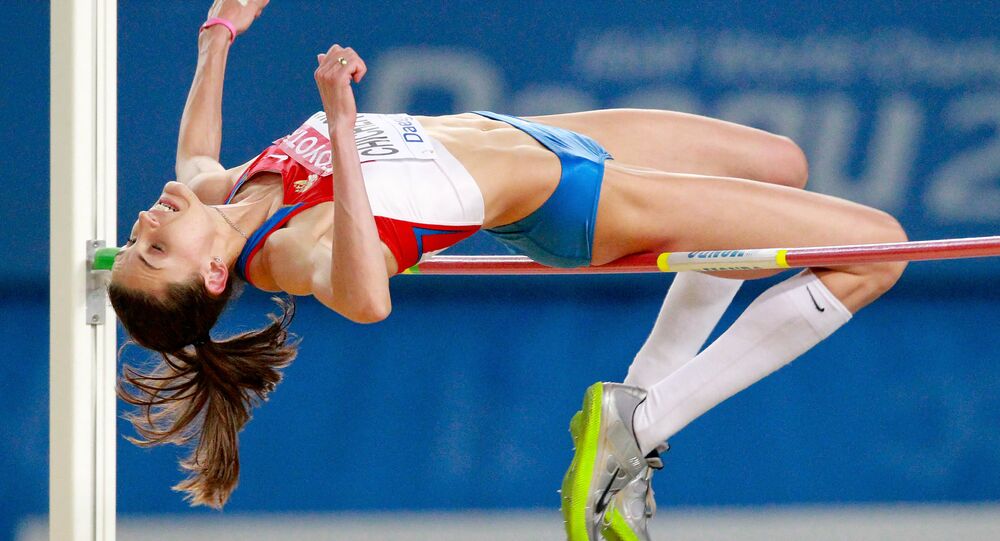 IAAF Publishes Guidelines for Russian Athletes to Compete as Neutrals

The International Association of Athletics Federations (IAAF) issued on Tuesday a set of guidelines that will allow the Russian athletes to compete in international contests as neutrals.

MOSCOW (Sputnik) — The IAAF published a press release with the guidelines under which the Russian athletes will be able to participate in the international competitions in 2017 as neutrals.

RUSSIAN ATHLETES TO COMPETE AS NEUTRALS UNTIL IAAF MEMBERSHIP RESTORATION

According to the press release, the athletes will be able to compete for Russia only after the restoration of its IAAF membership.

“Russia remains suspended as a member of IAAF until such time as it has complied with the verification criteria set by the IAAF Council in 2015 and no athlete may compete for Russia in the interim,” the press release read.

In contrast with the testing requirements for the Summer Rio Olympics, IAAF said the Russian athletes were no longer required to undergo doping tests outside of Russia but they still had to be part of a “fully WADA [World Anti-Doping Agency] Code-compliant drug-testing programme.”

© Sputnik / : Alexey Filippov
RusAF Says IAAF Refused to Provide Info on Athletes Featured in McLaren Report
Russian athletes included in the IAAF International Registered Testing Pool (IRTP) will satisfy this condition. According to the press release, in 2016 IAAF has added some 30 Russian athletes to the IRTP, bringing the total number of Russians tested by IAAF or other independent agencies in Russia to 50. From January 1, 2017 the number would reach 60, the press release said.

At the same time, the IAAF noted that being part of the IRTP or tested by independent agencies did not mean automatic authorization to compete in 2017.

“Applications made under the guidelines will be reviewed by the DRB [the Doping Review Board] and athletes granted neutral athlete status by the DRB will be eligible to compete in international competitions as stipulated by the DRB. Invitations to eligible athletes to compete in one-day meetings remain at the discretion of individual meeting organisers,” the press release read.

According to Dmitry Shlyakhtin, the president of the Russian Athletics Federation (RusAF), some 50 Russian athletes in the IRTP could submit individual applications to the IAAF to participate as neutrals in international competitions in 2017.

© REUTERS / Leonhard Foeger
IAAF Agrees With Second Part of McLaren Report
The IAAF said it had received around 200 names of Russian athletes from the McLaren investigation team, adding that it will assess the evidence from the report “in respect of any athlete who applies for neutral athlete status under the guidelines.”

At the same time, IAAF refused to provide the RusAF with any information on the athletes listed in the report.

“We requested the information from the IAAF on the matter, but they did not give us a response. They said it was their internal investigation. Therefore, today we do not have information on surnames [of athletes],” Shlyakhtin told R-Sport Tuesday.

The reputation of the Russian sport took a hit in July, when the WADA presented a report accusing Russia of running a state-wide doping program and urging the International Olympic Committee (IOC) to consider a blanket ban on the entire Russian Olympic team. The IOC instead let individual sports federations act on the issue.

In July, IAAF prohibited all Russian athletes from taking part in international competitions, including the summer Olympics in Rio de Janeiro, over doping allegations, except long jump athlete Darya Klishina.