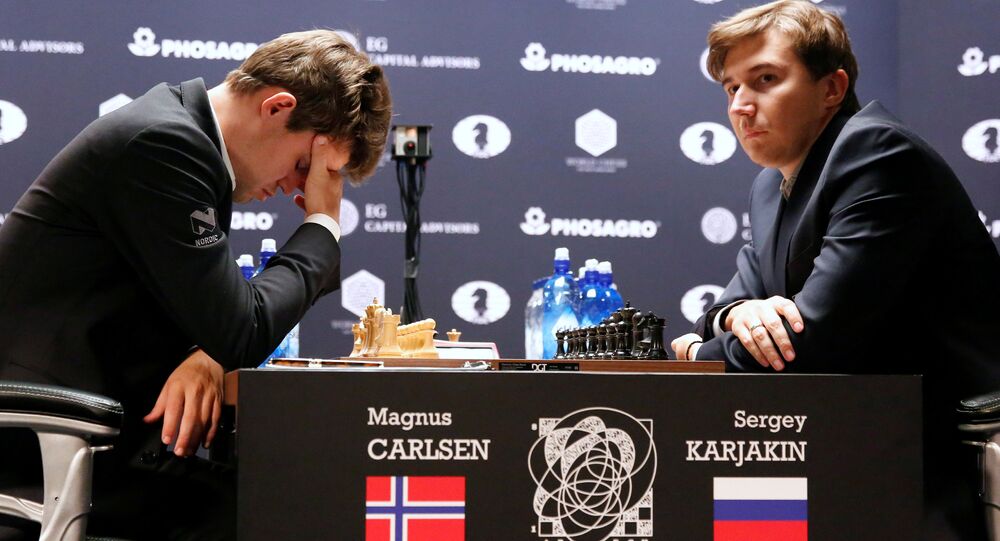 Russian Sergei Karjakin is currently trying to beat Norway’s Magnus Carlsen for the title of the chess world champion and is leading with 5 points against 4.

"Many are following this, of course, everyone … supports Karjakin, including the president. Of course, we inform him of this all the time. We support Karjakin, our challenger," Peskov told reporters.

The 12-game World Championship is currently underway in New York. Karjakin and Carlsen drew in the ninth game, which took place on Wednesday.