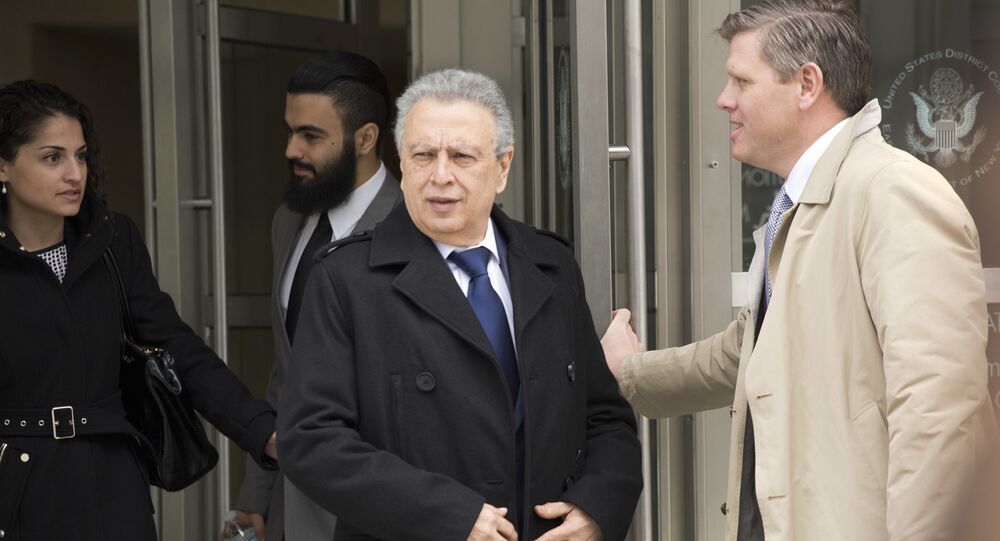 FIFA's investigatory chamber chairman Cornel Borbely recommended imposing on Alfredo Hawit, the former vice president of FIFA accused of corruption a lifelong ban from taking part in any kind of football-related activity, according to official statement.

Investigatory chamber chairman Cornel Borbely submitted a final report on the findings of his inquiry to the committee’s adjudicatory chamber.

"Borbely has recommended imposing on Mr Hawit a lifelong ban from taking part in any kind of football-related activity," the Ethics Committee’s statement read.

© REUTERS / Arnd Wiegmann
FIFA Investigators to Seek Lifetime Ban From Football for Platini, Blatter
The investigator accused him of violating FIFA’s general rules of conduct, loyalty, conflicts of interest, duty of disclosure, cooperation and reporting, and implicated him in corruption and bribery.

Hawit was arrested in Switzerland last December and extradited to the United States a month later on suspicion of receiving millions in bribes from sport marketing agencies. In April, he pleaded guilty to racketeering, wire fraud and conspiracy to obstruct justice in a New York court.