The coming season seems to be the hardest in years for the Norwegian ski squad, which has pretty much dominated both men's and women's cross-country skiing events during the past decade. Mounting doping accusations might spell the decline of the Norwegian dominance, which is now believed to have been artificially-boosted. 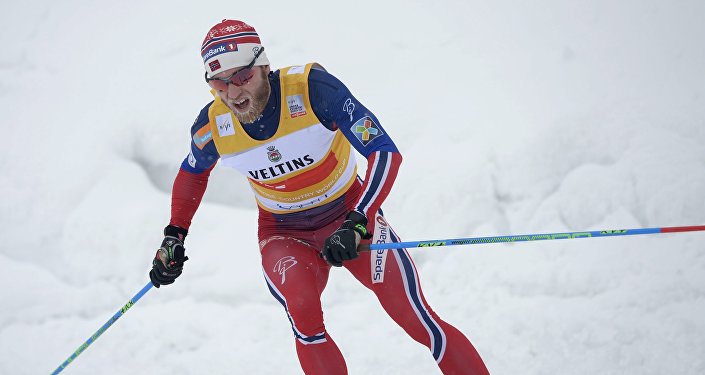 © AFP 2019 / Martti Kainulainen / Lehtikuva
Bad Day for Norwegian 'Asthma' Skiers: WADA Restricts Use of Inhalers
Yesterday, Norway's premier medal hope Therese Johaug, a seven-time world champion and former Olympic gold medalist, failed a drug test, the Norwegian Ski Federation reported. The 28-year-old skier tested positive for traces of clostebol, a banned anabolic steroid, during a regular out-of-competition check-up, and may face a four-year-long ban at most. This shocking revelation triggered a negative outburst in other Nordic nations, which are Norway's foremost rivals when it comes to winter sports.

Clostebol is well-known as one of the performance enhancing means used by East German athletes in their glory days of the 70s and 80s. In doping context, anabolic steroid clostebol functions similarly to testosterone.

So this is what #johaug claims she used. Hey Norwegians, should it have been døping for you to understand? #doping #skiing #norway pic.twitter.com/brwDkgYUY1

​Johan Esk, Swedish daily's Dagens Nyheter's sports journalist went so far as to proclaim Norway a "cheating country" in the wake of the disclosure.

© AFP 2019 / Audun BRAASTAD
Int'l Commission to Bring Norwegian Skiers With Fake Asthma to Justice
According to the tabloid newspaper Expressen's sports commentator Lasse Anrell, Norwegian skiing has been marked by an unsubstantiated arrogance. Arnell drew suggestive parallels with Johann Mühlegg, notorious German-born Spanish 2000s skier who was stripped of all his gold medals in the 2002 Salt Lake City Olympics after being caught using medicine that boosts red blood cell count.

"Norwegian cross-country skiing stinks. There is a certain arrogance in Norwegian skiing, as their skiers' dominance allows them to do as they please. That's why they don't give a damn about the rules," Anrell wrote.

"The whole thing is not just a personal disaster for Therese Johaug. Not just a PR-wise catastrophe for the Norwegian sport. It is also a scandal that stains sportsmen who are competing at world level. The public's trust and love is something that usually takes half an eternity to build up. But it can also be destroyed in an instant. Thank you, Norway," columnist Thomas Petterson wrote.

​The Norwegian Ski Federation came rapidly to the tearful star skier's defense by claiming that Johaug was unaware that the substance was contained in a lip cream she had admittedly used for treating sun burns during an altitude training session in Italy in late August. Additionally, the low levels of the active substance connected with the use of cream had no performance-enhancing effect, Anders Solheim, the head of Anti-Doping Norway, explained to NRK. 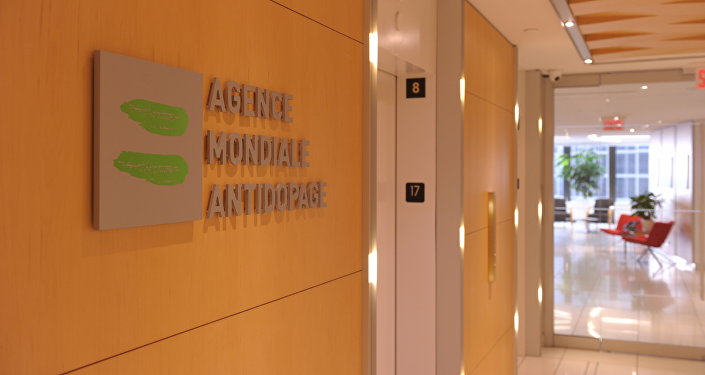 © AFP 2019 / Marc BRAIBANT
The Olympic Gods Must Be Crazy: World Anti-Doping Agency Here to Stay
Nevertheless, this is already the second incident which casts a morbid shadow over the Norwegian ski team, which is often head and shoulders ahead of its fellow competitors and has been known for sweeping podiums. Earlier this year, cross country skier Martin Johnsrud Sundby was suspended for two months and stripped of his 2015 overall World Cup and Tour de Ski titles for unauthorized use of medication to treat asthma. Subsequently, the unsolicited use of asthma-related medication on perfectly healthy athletes for the purpose of performance-boosting was revealed. The Norwegian Ski Federation assumed full responsibility for the Sundby case.

Norway skiers finally caught of cheating. Sundby doping just tip of the iceberg. All Norwegians use doping. Ugly secret no more a secret!

Putin: Sports Must Be Free of Doping, Yet Methods of Testing Must Be Known