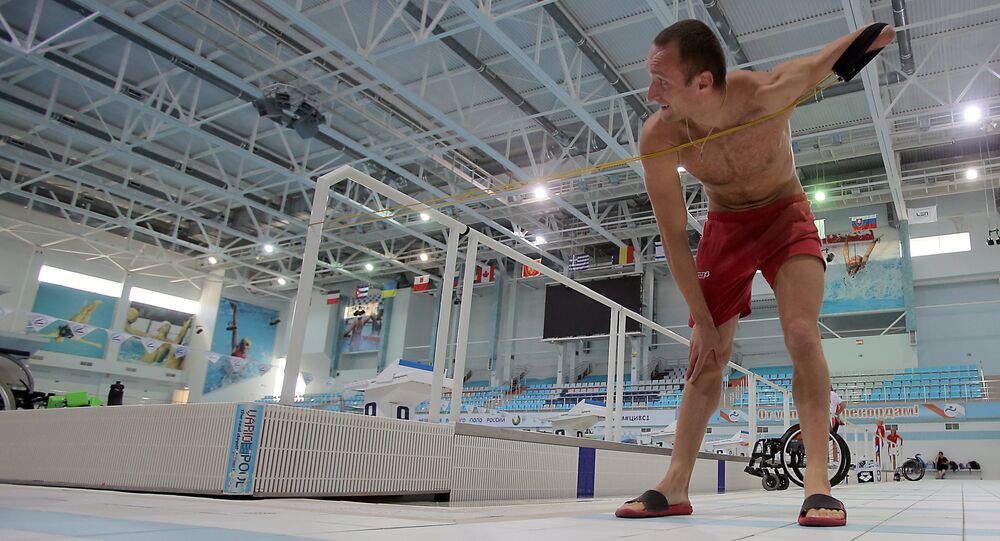 DOBROGRAD (Vladimir Region), (Sputnik) — On August 23, the Court of Arbitration for Sport (CAS) rejected a Russian Paralympic Committee (RPC) appeal against the International Paralympics Committee’s (IPC) earlier ban on Russia's participation in the September 7-18 Rio Paralympics. The IPC rejected more than 175 Russian Paralympians’ individual requests to compete as neutral athletes ahead of the games.

"We regard the CAS decision against Russian Paralympians as hypocritical and morally disgusting," Dolgov said at a roundtable on the sidelines of the sixth Russia – Country of Sports international forum.

The CAS ban, announced on August 7, was mainly influenced by the World Anti-Doping Agency’s (WADA) McLaren report on the alleged widespread use of performance-enhancing substances by Russian athletes. The report, however, hardly mentioned Russian Paralympic athletes, apart from in relation to a list of 35 allegedly disappeared doping samples.

"Double standards… is when some athletes are allowed to use banned substances when others are not. This radically undermines the foundations of cooperation in these areas. We consider it inadmissible to force sport fall hostage to political ambitions," Dolgov stressed.