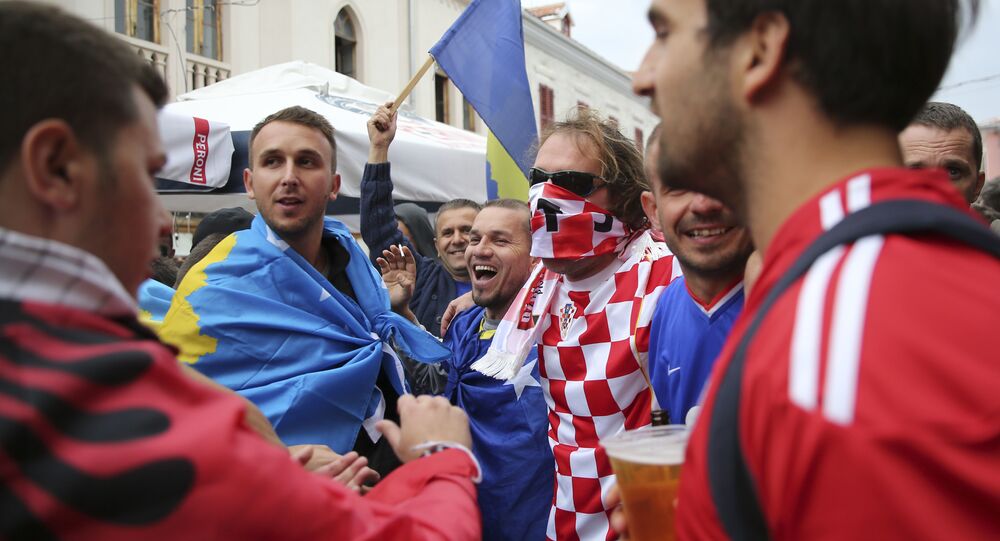 Fans of the Kosovan football team marked its first competitive international by joining with Croatian fans to voice their mutual hate of Serbs.

© AFP 2021 / ARMEND NIMANI
US 'Winked at Kosovo to Raise Albanian Unification Issue' After RS Referendum
The Football Associations of Croatia and Kosovo are set to face action from FIFA after their fans shouted fascist slogans and anti-Serb hate speech during their World Cup qualifying match on Thursday.

© AP Photo / Ariel Schalit
Italian Soccer Fans Ejected From World Cup Qualifier Game for Nazi Salute
During this year's European Championship in France, Croatia's match with the Czech Republic was stopped for several minutes after Croatian fans threw flares onto the pitch. The Croatian FA was fined 100,000 euros for the bad behavior of fans in that game, and an earlier match with Turkey.

'All Going Well' After FIFA's Probe of 2018 World Cup Sites