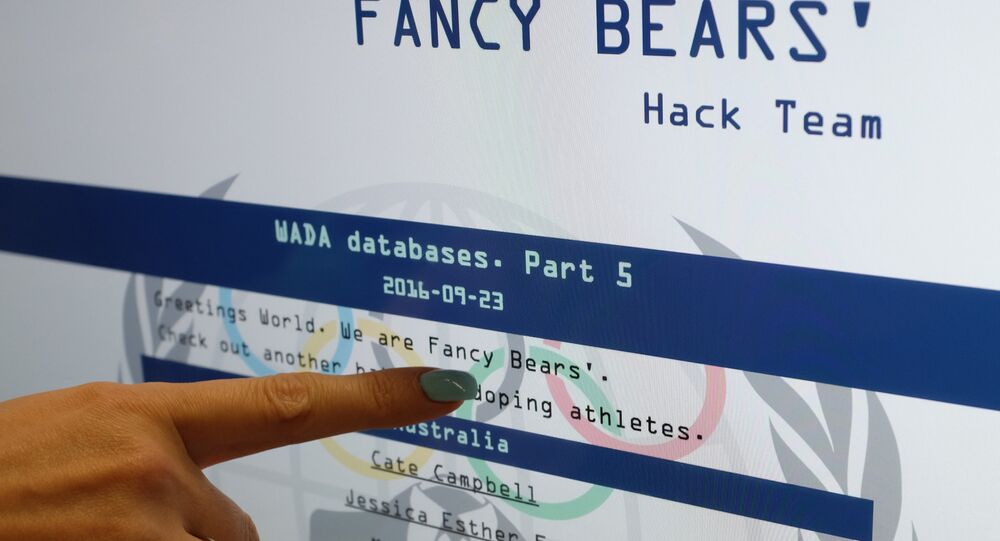 Some of the information on World Anti-Doping Agency-sanctioned use of banned substances leaked by the Fancy Bears' hack team is inaccurate, WADA said Wednesday.

"It should also be noted that in the course of its investigation, WADA has determined that not all data released by Fancy Bear (in its PDF documents) accurately reflects ADAMS data. However, we are continuing to examine the extent of this as a priority and we would encourage any affected parties to contact WADA should they become aware of any inaccuracies in the data that has been released," WADA said in a statement.

The investigation was carried out in cooperation with Canadian security services and cybersecurity experts. Fancy Bears' hackers used passwords they obtained from an ADAMS user to carry out the data breach between August 25 and September 12, according to investigation results.

Since September 13, Fancy Bears' have been releasing WADA records about athletes, disclosing confidential medical data, including Therapeutic Use Exemptions (TUE) that allow the use of banned substances. The hacking group has already mentioned in the leaks such prominent athletes as Rafael Nadal, Venus and Serena Williams and Mikhail "Misha" Aloyan.

Fancy That! Latest Leak Of WADA Files Lifts Lid on New Round of Legal Doping