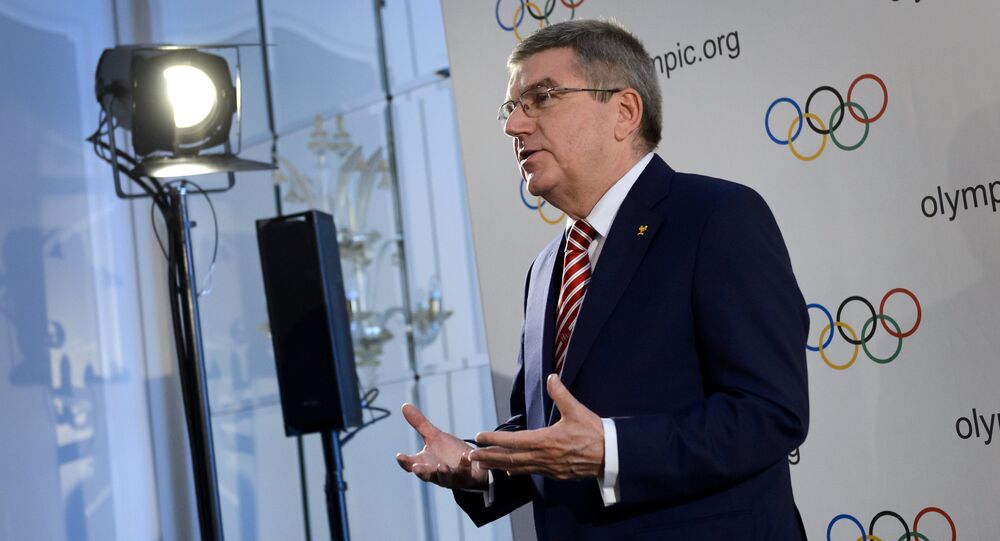 Former President of the World Anti-Doping Agency Richard Pound said that he was surprised at a number of the International Olympic Committee’s decisions including cooperation with Russia on the McLaren Report and banning informant Yuliya Stepanova from 2016 Rio Olympics.

MOSCOW (Sputnik) – The doping scandal, simmering since 2014, escalated in July when WADA presented a report accusing Russia of running a state-wide doping program and urging IOC to consider a blanket ban on the entire Russian team. The IOC instead opted to let individual sports federations decide on the matter.

In turn, the International Paralympic Committee banned all Russian Paralympic athletes from the 2016 Summer Paralympics and 2018 Winter Games.

© Sputnik / Valeriy Melnikov
Russian Lawmakers Offer to Discuss Political Neutrality in Sports in UN
"I am not sure what they have in mind and I am not quite sure of the purpose. Yes, you need Disciplinary Commissions to look at the evidence [provided by McLaren]. But to reinvent the wheel, and to get a lot of cooperation from Russia while doing it? That seems a little unusual," Pound told the Insidethegames website.

He also said that banning Stepanova from the Olympic Games was a wrong message to informants.

"This was outrageous. It has done more to discourage whistleblowers from coming forward than anything else I can imagine. It was incomprehensible — there was no ethical issue at all," Pound said.

He also criticized IOC decision not to ban all Russian athletes from the Olympics.