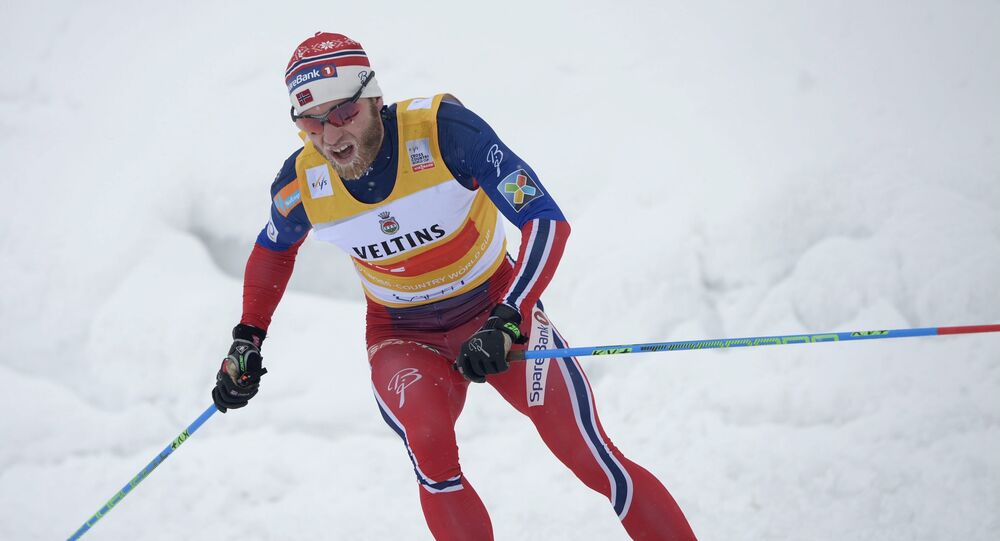 The use of asthma medication has been a hot topic in recent months, mainly in Norwegian cross-county skiing. Earlier this week, the World Anti-Doping Agency tightened its regulation of inhalers, which is seen as an attempt to undermine the Norwegian domination in both men's and women's skiing.

© AFP 2020 / Audun BRAASTAD
Int'l Commission to Bring Norwegian Skiers With Fake Asthma to Justice
Over the recent years, "asthma" and "Norway" became closely related in the public conscience after having appeared in dozens of headlines. Malicious tongues have long attributed the all-Norwegian podiums, which are not a rare occurrence in World Cup events, to illicit use of performance-enhancing drugs, rather than the Norwegians' natural prowess.

Norway, which for years has dominated the overall standings in cross-country skiing, landed in trouble, as the Norwegian squad's foremost medal hope Martin Johnsrud Sundby was stripped of this year's crop of titles and banned for two months for taking excessive doses of asthma medication. Now, WADA has sharpened the rules on how much salbutamol, a substance contained in the medicine Ventolin, one gets to inhale.

"The allowed dosage of salbutamol is amended and sharpened starting from January 1, 2017," Thorild Widvey of WADA's board of directors, said, as quoted by Norwegian newspaper Aftenposten.

​The maximum allowed daily dose will not be changed, but the intake will be spread throughout the day. The new maximum allowed dosage is 800 micrograms every twelve hours. According to Widvey, Martin Johnsrud Sundby notoriously took three doses totaling 15,000 micrograms over five hours before a competition, which is roughly 20 times as much as the newly set permissible dose. On Thursday it became clear that Sundby had decided not to appeal the sentence.

​Shortly after the Sundby scandal, Norwegian TV-channel TV2 revealed that asthma medicine was being prescribed to skiers with a clean bill of health, including three-time Olympic medalist and seven-time World Championship winner Therese Johaug.

Another unpleasant revelation deals with a now-stopped clandestine research project, where healthy skiers, swimmers and athletes were given asthma medication despite not obtaining permission from the authorities. Some 40 healthy participants were recruited by the Olympiatoppen organization, which is part of the Norwegian Olympic Committee, Norwegian national broadcaster NRK reported. Kai-Håkon Carlsen, who is an expert on the Norwegian Ski Federation, was identified as responsible for the project.

​It's a well-known fact that cross-country skiing is among the worst offenders when it comes to an increased risk of exercise-induced asthma resulting from exposure to extreme cold, and has the highest rate of asthma medication users among elite athletes. According to NRK, as many as half of the skiers on the Norwegian national team have asthma, which has yielded the unflattering colloquial moniker "team asthma." Consequently, the Norwegian ski squad, which has been harvesting medals in international skiing events for decades, has repeatedly come under fire over allegations of the illicit use of asthma medication for boosting their performance.

Norway's national team has been given a new name, ASTHMA TEAM

The Olympic Gods Must Be Crazy: World Anti-Doping Agency Here to Stay