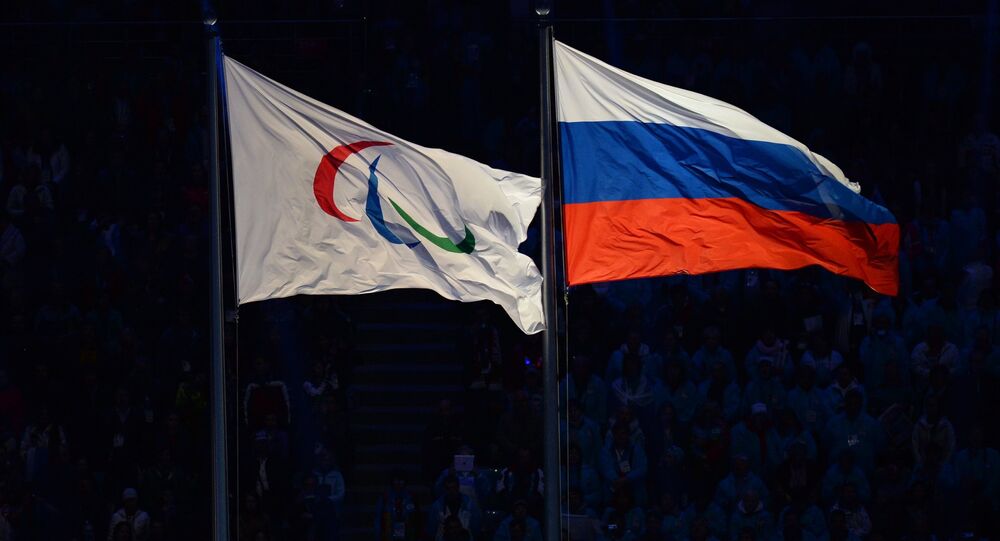 Belarusian athletes carried the Russian flag at the opening ceremony of the Summer Paralympic Games 2016 to express solidarity with the Russian team that was banned from the Games by the International Paralympic Committee.

MOSCOW (Sputnik) – The Paralympics opening ceremony kicked off at the Maracana Stadium in Rio de Janeiro, Brazil, on Wednesday. A total of 162 nations will participate in the Games, which are scheduled to run through September 18.

Russia was suspended from the Paralympics by the International Paralympic Committee (IPC) in early August. IPC cited the country's alleged failure to comply with the organization’s anti-doping rules as the reason behind its decision.

Russia's National Paralympic Committee subsequently appealed the decision through the Court of Arbitration for Sport (CAS). The court rejected Russia's appeal against the IPC ban on the Russian team's participation. Russia appealed the CAS ruling in the Swiss Federal Supreme Court but that appeal also failed.

Following the failure of the appeal, major Russian broadcasters decided not to air the 2016 Paralympic Games.

R-Sport Withdraws From the Paralympic Games in Rio