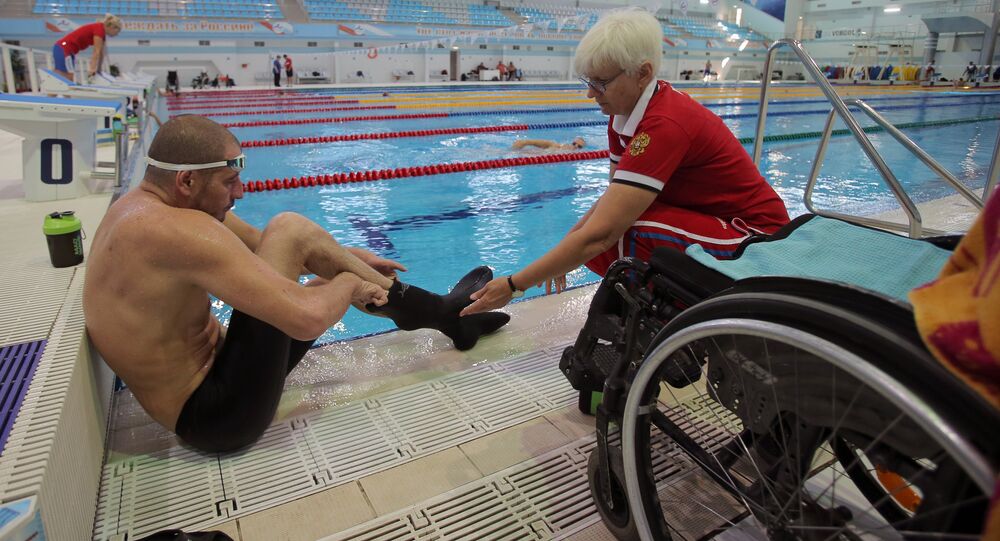 "I have already said that, in my opinion, banning [Russian athletes] from the Paralympic Games is an unfair, inhumane act. The decision was made under strong political pressure. It is the IPC's biggest mistake," Zhukov told reporters.

The ROC president also stressed that Russian Paralympians disqualified from the upcoming Rio Summer Games will have the opportunity to take part in a specially organized competition, which is due to be held in a venue near Moscow on September 7-8, although he stressed that nothing can substitute for participating in the Paralympics.

© Sputnik / Mihail Mokrushin
#despite: Russian Paralympians Reveal How Sport has Given Them Second Life
Last week, the Court of Arbitration for Sport (CAS) rejected Russia's appeal against the IPC ban on the Russian team's participation in the September 7-18 Rio Paralympics. Russia appealed the CAS ruling in the Swiss Federal Supreme Court but that appeal was also rejected.

The ban, announced on August 7, was mainly influenced by the World Anti-Doping Agency’s (WADA) McLaren report on the alleged widespread use of performance enhancing substances by Russian athletes. The report, however, hardly mentioned Russian Paralympic athletes, apart from in relation to a list of 35 allegedly disappeared doping samples.