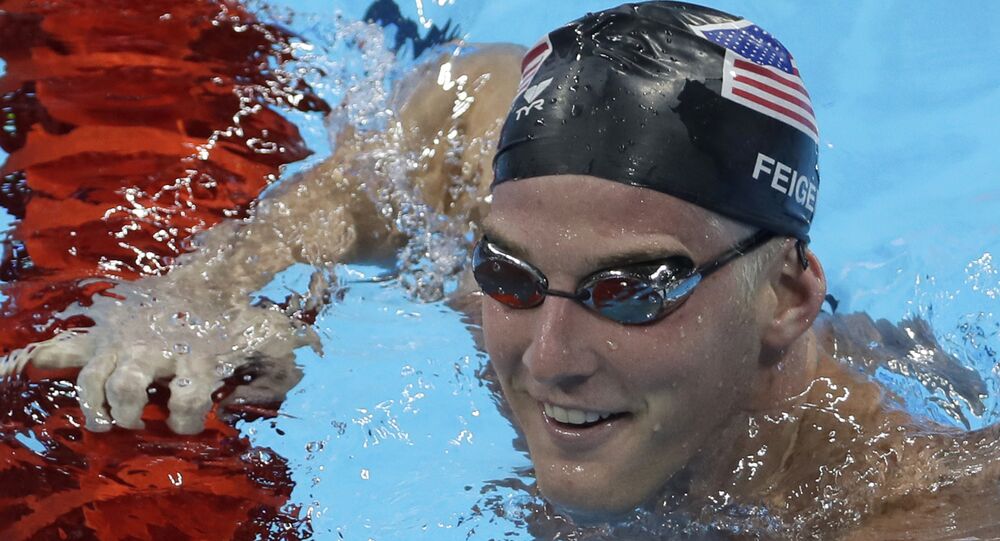 US Olympic swimmer James Feigen issued a formal apology on Wednesday for causing "serious distractions" at the Rio Summer Olympics with his robbery story.

© REUTERS / GLOBO TV
FINA Threatens to Take Measures Against US Olympic Swimmers After False Robbery Claim
MOSCOW (Sputnik) – On August 14, US Olympic swimmer Ryan Lochte alleged that he and three other Olympic swimmers, Gunnar Bentz, Jack Conger and James Feigen, had been robbed at gunpoint in Rio de Janeiro by people claiming to be police officers. Last week, Brazilian Chief of Civil Police Fernando Veloso said that the US Olympic swimmers’ claims about being robbed in Rio had proven to be false.

"First and foremost I would like to apologize for the serious distractions from the Olympics, Rio de Janeiro, and Team USA. It was never my intent to draw attention away from the tradition of athletic competition and the symbolic cooperation of countries participating in the Olympic games," Feigen said in a statement released through his attorneys.

He also apologized for the delay in his statement on the issue.

Feigen has become the third US sportsman involved in the Rio gas station alleged robbery scandal to provide details to speak publicly on the issue. Lochte apologized on August 19 for his behavior followed by Bentz.