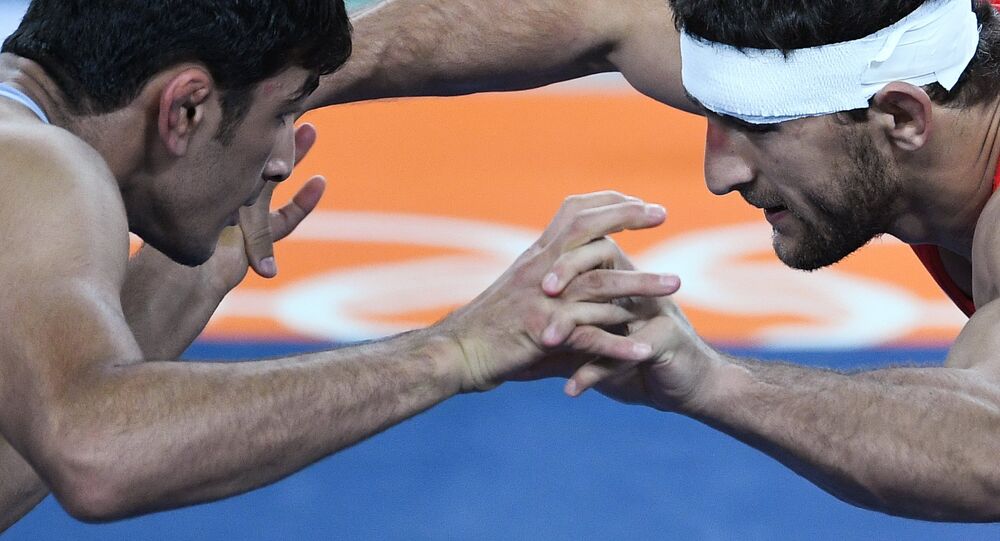 RIO DE JANEIRO (Sputnik) – Geduev lost to Iran’s Hassan Yazdani with a score of 3 to 1 on Friday.

Russia currently has 13 golds, 16 silvers and 19 bronzes and is in the fourth place in terms of the medal toll (the United States is first with 37 golds, Great Britain is second with 23 golds and China is third with 22 golds).

The 2016 Summer Olympic Games are being held in Brazil’s Rio de Janeiro from August 5 until August 21. Brazil is the first South American country to host the competition.