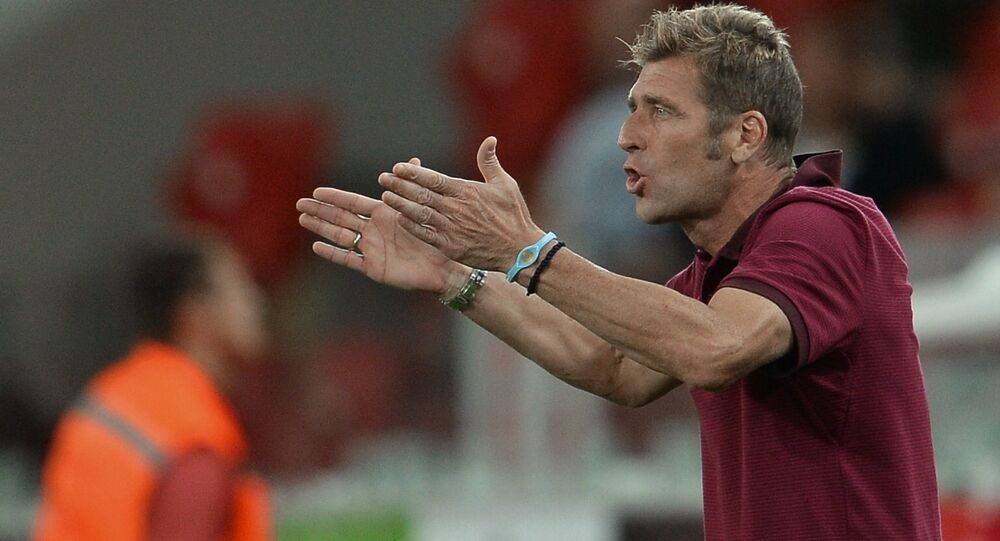 Before the appointment, Massimo Carrera had served as assistant manager in the team.

"Today the board of directors of FC Spartak Moscow has decided to appoint Italian expert Massimo Carrera, 50, to the [head] coach post," a statement by the club reads.

© Sputnik / Eugene Odinokov
Stanislav Cherchesov Appointed Head Coach of Russian National Football Team
The statement does not give any details of the contract terms agreed with the new coach.

Carrera's predecessor Dmitry Alenichev resigned earlier in August after the team failed to qualify for the third round of UEFA Europa League.

A former Juventus player, Carrera was caretaker manager of the team in 2012. In 2016 he moved to FC Spartak Moscow where he served as assistant manager.