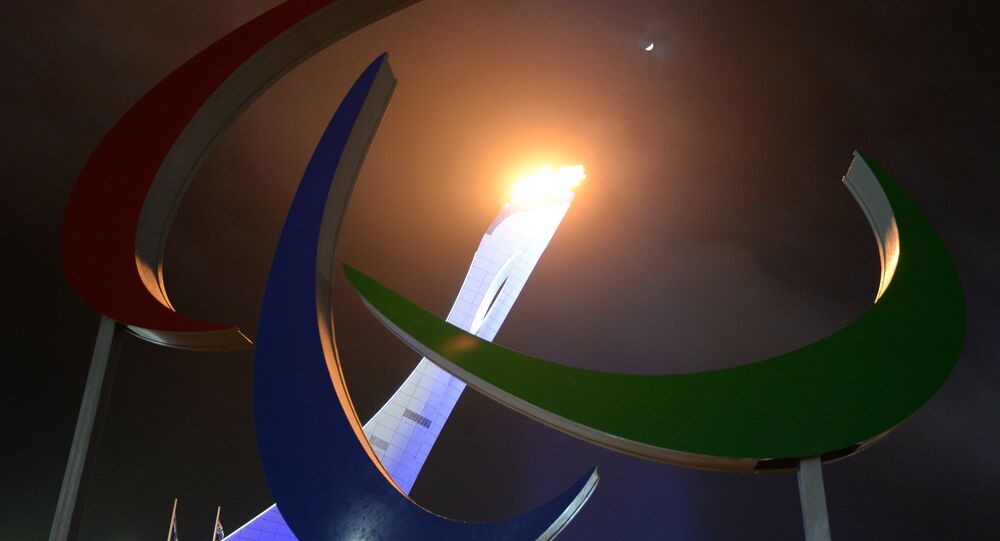 The International Paralympic Committee (IPC) will decide on measures against 19 Russian athletes who participated in 2014 Sochi Paralympics and were mentioned in the McLaren doping probe as potentially doctored, after the Rio 2016 Paralympic Games, an IPC spokesperson told Sputnik Monday.

© AFP 2021 / Marcos de Paula
IPC Suspension of Russian Para Athletes From Rio Games Unprecedented
MOSCOW (Sputnik) — On Sunday, IPC said it planned to reanalyze every Russian sample from the Sochi 2014 Paralympic Winter Games in the coming months, not only the samples of those 19 athletes mentioned in the McLaren report.

"At this stage, the IPC’s focus has been on the Rio 2016 Paralympic Games. Once Rio 2016 is complete, we will look to progress the testing of the additional samples from Sochi 2014 as well determine a course of action for those 19 samples that have already been tested," the spokesperson said.

The procedure will be carried out with consultations of the IPC Anti-Doping Committee and WADA to determine what actions can be taken against athletes associated with these samples, including results management, the spokesperson added.

Russian Paralympic Athletes Will Not Compete In Rio - IPC Head