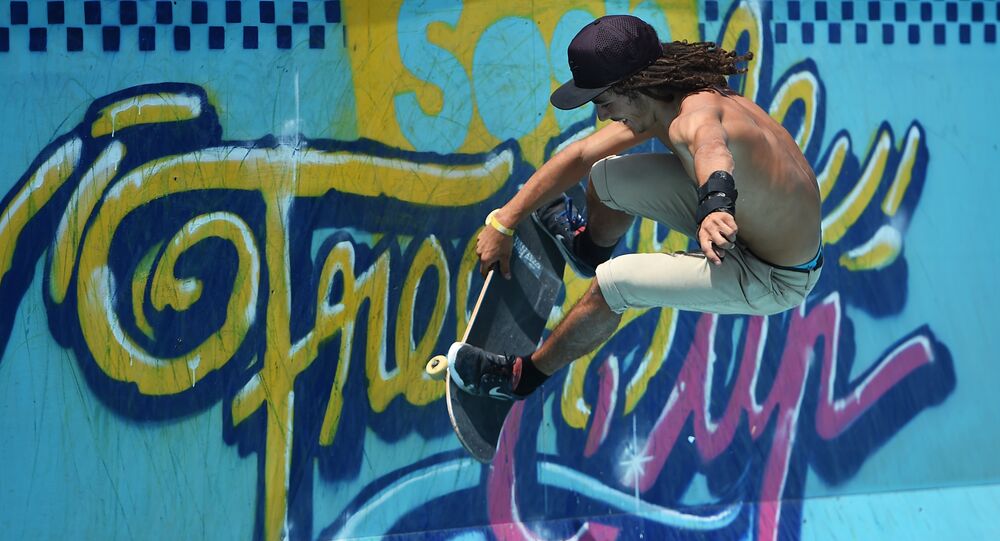 The decision by the International Olympic Committee (IOC) to include skateboarding and surfing into the 2020 Tokyo Olympic Games program was praised by decorated Brazilian athletes who compete in these sports.

© Sputnik / Konstantin Chalabov
This Little Light of Mine: A Brief History of Olympic Flame Mishaps
Earlier, during its 129th session in Rio de Janeiro, the IOC decreed that five new sports – skateboarding, karate, surfing, sports climbing and baseball/softball – will be included in the Olympics program, starting with the 2020 games in Tokyo.

Kelvin Hoefler, three-times world champion in street skateboarding and the first amateur in history to win the Street League Skateboarding series, told Sputnik in an exclusive interview that this development was to be expected because skateboarding had evolved considerably, and said that he’s eager to represent Brazil in this sport.

He also remarked that this move might help make skateboarding more popular and put an end to its reputation as some sort of criminal sport.

"I believe these are [misguiding] stereotypes, because every society has people who like something beyond what is considered ‘normal’. Skateboarders and surfers lead a different lifestyle, which is unlikely to change because of the Olympics. But its inclusion into the Olympics program will give skateboarding a new impulse and will attract new enthusiasts. I believe this is a good thing, especially considering the fact that the committee responsible for this sport at the Olympics is comprised of skateboarders," Hoefler said.

Another top Brazilian athlete, a professional surfer named Filipe Toledo who just triumphed in the US Open of Surfing tournament in California, also told Sputnik that the IOC decision had helped fulfil the dream of surfers worldwide, and that he is thrilled to represent his nation in the Olympics.

"Things have changed over the last few years. I believe that this doping scandal involving athletes from other sports drew the attention away from surfing, which used to be constantly discriminated against in the past. The WSL (World Surf League) has been doing an admirable job, and this event (surfing becoming an Olympic sport) is the result of its efforts," Toledo said.

Both athletes also praised the ongoing Olympic Games in Rio and wished the best of luck to all those who are competing in the events.