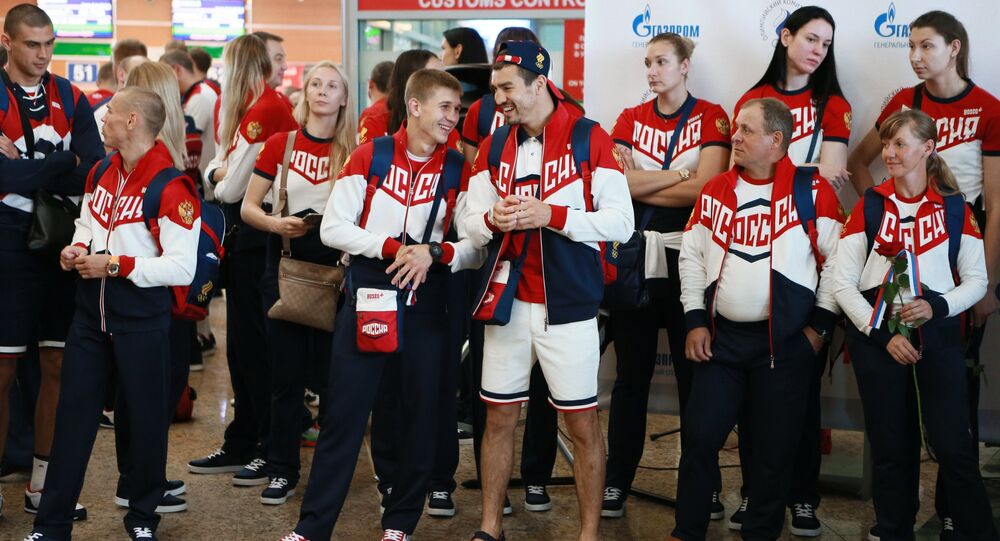 The Rio 2016 Olympics website has published the names of 280 Russian athletes who will compete in 178 events across 34 sports, ahead of an expected official International Olympic Committee (IOC) panel ruling in the disqualified athletes’ appeals.

Among others, the list includes canoe competitor Andrey Kraitor and disqualified wrestler Viktor Lebedev, but excludes swimmers Vladimir Morozov and Nikita Lobintsev. The International Swimming Federation FINA said Tuesday the IOC’s three-person panel was tasked with deciding on the swimmers’ entries to the games.

© Sputnik / Vladimir Pesnya
Int’l Volleyball Federation Clears Russian Teams to Compete at Rio Olympics
The four Russian athletes’ cases – along with that of swimmer Yulia Efimova, 17 rowers led by Daniil Andrienko, and the Russian Weightlifting Federation – which all appealed their bans with the Court of Arbitration for Sport (CAS), are still under review.

On July 24, the International Olympic Committee (IOC) ruled against a blanket ban on the entire Russian team amid the doping scandal and left it to the respective international federations to decide on whether individual Russian athletes will be participating in the Rio Olympics.

However, the team of Russian track and field athletes had been earlier disqualified by the World Anti-Doping Agency (WADA), and the IOC upheld this decision.

The Brazilian city of Rio de Janeiro is set to host the 2016 Summer Olympic Games on August 5-21.