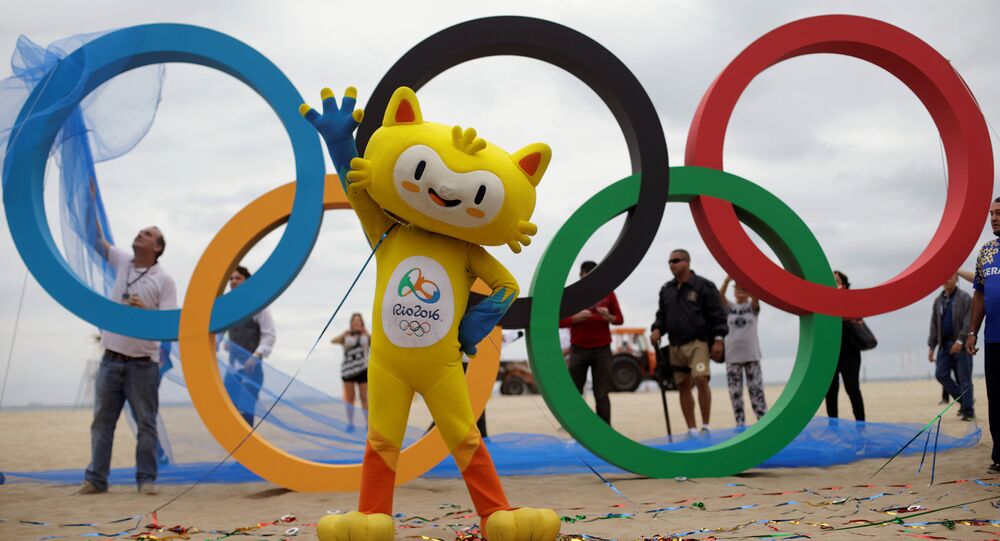 Less than half of Americans plan to watch the 2016 Summer Olympics in Rio, the Gallup organization said in a poll.

WASHINGTON (Sputnik) – In the days before the 2012 Olympics, 72 percent of Americans answered London or England, when asked where the Summer Games were being held.

"Forty-eight percent of Americans say they plan to watch a ‘great deal’ or ‘fair amount’ of the 2016 Summer Olympics," the poll, released on Tuesday, revealed. “This is a sharp drop from 59% in 2012 and easily the lowest percentage planning to watch compared with the past four Summer Games.”

Gallup claimed that US viewers might find the Rio Olympics less appealing because athletes have opted out because of concerns over the Zika virus among other reasons.

Other reasons athletes withdrew was because quarters smell like gas, toilets don’t work and that Rio’s Guanabara Bay and nearby ocean is so full of raw sewage that athletes and visitors have been warned not to put their heads under water, the release explained.

Apart from the controversies, less than half of US adults surveyed (46 percent) knew where the Olympics were taking place, the poll revealed.

This Little Light of Mine: A Brief History of Olympic Flame Mishaps

Blast From the Past: Ancient Olympic Games at a Glance

An Olympic Torch Is Cut in Half