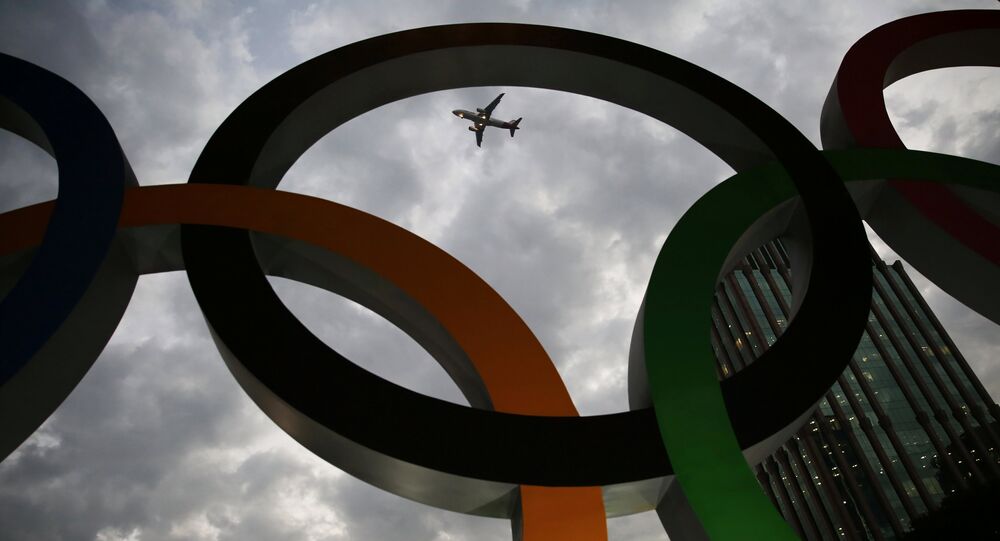 Blanket ban on Russian track-and-field athletes from 2016 Rio Olympic games is a mistake that could drive a wedge into the Olympic movement, Uruguayan Olympic Committee President Julio Cesar Maglione told Sputnik on Friday.

How Did the Olympics Become Politicised and Commercialised?
MOSCOW (Sputnik) — On Thursday, the Court of Arbitration for Sport (CAS) upheld the decision of the International Association of Athletics Federations (IAAF) to ban Russian track-and-field athletes from competitions. Darya Klishina, who trains outside of the country, is the only Russian athlete who was permitted by the IAAF to compete as a neutral participant.

"I think it was a mistake, and I believe that embarking upon this path can destroy the work started by Baron Pierre de Coubertin, which is now being carried on by [International Olympic Committee] President Thomas Bach in an exceptional way. It can cause a split within the Olympic movement," Maglione said.

Maglione called to respect athletes who devoted their lives to sport stressing that allegations should not destroy their hopes and aspirations.

On Monday, an independent World Anti-Doping Agency (WADA) commission presented a report based on the results of its investigation into allegations that dozens of Russian athletes used performance-enhancing drugs at the 2014 Winter Olympics. Russia has been accused of running a state-wide doping program.

Following the release of the WADA report, the International Olympic Committee (IOC) said that it would consider a collective ban for the entire Russian team, taking into consideration the CAS verdict.