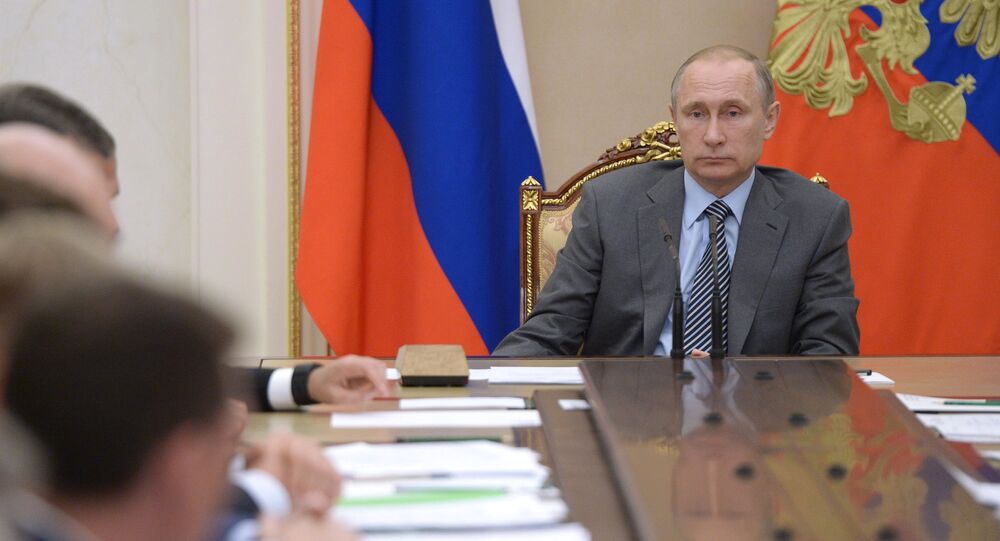 Vladimir Putin called on the Russian Olympic Committee to create an independent public commission with Russian and foreign experts to investigate the doping scandal.

"I want to propose to the Russian Olympic Committee that it create an independent — I want to emphasize it should be independent — public commission, which should include Russian experts, as well as foreign medical and legal experts," he added.

© Sputnik / Ruslan Krivobok
Doping Found in Retests of 45 Athletes From Several States in Beijing, London Games
There is no place for doping in sports — this is Russia's official position, Russian President Vladimir Putin said during a cabinet meeting. Speaking about the situation around the application of the Russian Federation for participation in the 2016 Summer Olympics in Rio de Janeiro, the President said that Russia should work with the IOC disciplinary commission as closely as possible.

"The official position of the Russian authorities — both the government and the president, all of us, is that there is no and cannot be any place for doping in sports. Sports should be pure, and the health of the athletes should be well-protected," Vladimir Putin said.

© AFP 2020 / CHRISTOPHE SIMON
Athletic Team Ban is an 'Act of Political Sabotage Against Russia'
According to the president, Russia will closely cooperate with the IOC disciplinary commission, the WADA, and international sports federations in addressing the problems with the Russian anti-doping system.

Putin also called for setting up an independent commission comprising Russian and foreign experts to tackle doping-related problems in Russian sports, and proposed Vitaly Smirnov, a former vice-president of the IOC and IOC member since 1971, as the head of this commission.