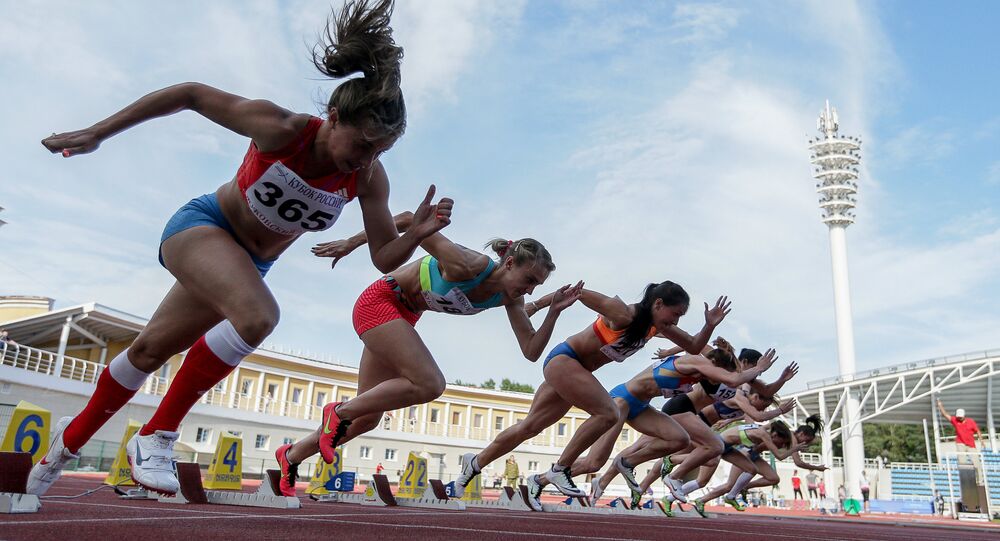 On July 21 the Court of Arbitration for Sport (CAS) ruled that 68 Russian athletes won't be able to compete at the Rio Olympics next month, despite passing drugs tests; analyst Anna Koroleva told Sputnik that as in the case of Maria Sharapova, sponsors will continue to support outstanding Russian athletes.

© REUTERS / Pierre Albouy
Russian Athletes' Olympic Ban Provokes Widespread Outrage
On July 21 the Court of Arbitration for Sport (CAS) announced it had ruled against 68 Russian athletes in their appeal against an international athletics' ban imposed on them, which prevents them from participating in next month's Rio Olympics.

Prior to the ruling, US media organizations such as USA Today voiced calls for sponsors to pressure the International Olympic Committee (IOC) into imposing a blanket ban on Russia's competition in the Rio games. The news outlet quoted figures in US athletics who want all Russian athletes punished for the transgressions of a few; of course, giving themselves a better chance of medals in the process.

"It would look way, way better for the IOC to do it without sponsor pressure. That's what I hope happens," Sarah Konrad, chair of the US Olympic Committee's Athletes Advisory Council, told USA Today.

On Thursday Russia's two-time Olympic champion and pole-vault legend Yelena Isinbayeva, who has never failed a doping test, responded to the CAS ruling. She said that the standard of the Olympics will suffer as a result of the ban on Russian athletes.

​"The hope has finally faded away. May all these 'clean' foreign athletes take a deep breath of relief and win their quasi-gold medals in our absence. People always are afraid of power," Isinbayeva wrote.

For their part, IOC sponsors have given no indication that they want to see Russia banned from the Rio Olympics. The games' largest sponsors, Visa and Coca-Cola, have refused to comment, and other sponsors like McDonald's, Samsung and P&G did not respond to USA Today's questions.

Koroleva referred to the experience of Maria Sharapova, who was banned from tennis earlier this year for taking the recently banned substance meldonium. Many sponsors, including racket manufacturer Head and confectionary manufacturer Baron Chocolatier, announced their continued support for the athlete.

"A doping scandal actually creates more news for the company's brand, they are referred to more often in the media. The term 'black PR' is no accident," Koroleva said.

© AFP 2021 / MIGUEL MEDINA
Making the Grade: Maria Sharapova to Begin Studying at Harvard
Koroleva said that as in the case of Sharapova, sponsors make their decisions based on a global understanding of a star's ability.

"The position of sponsors with regard to Russian athletes is quite predictable. Whatever the result of this doping scandal, they know that they reached the top after years of hard work, and that they have taken part in a huge amount of competitions, apart from the Olympics."

"They know that (for example) Sharapova, regardless of whether she goes to Rio or not, is a first-class sports star. She has won a huge number of titles, and that's the main thing. But in any case, the doping allegations against her are debatable anyway."

Koroleva said that athletes like champion pole-vaulter Yelena Isinbayeva, who has never failed a drugs test, have refused to bow to political pressure.

"I don't think that a company which has managed to clinch a sponsorship deal with somebody like Isinbayeva is going to stop working with her, because she is a first-class sports star who has won so many important titles, she is in demand."

Moscow in Constant Contact With IOC on Athletes Participation in Olympics