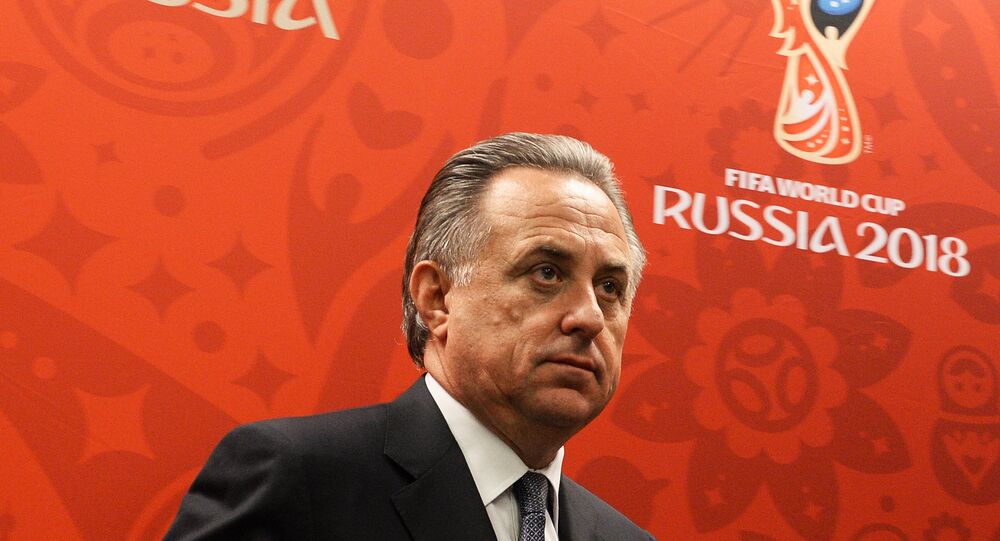 The World Anti-Doping Agency (WADA) called on the FIFA Ethics Committee on Monday to investigate Russian Sports Minister Vitaly Mutko who is a member of its Executive Committee.

MOSCOW (Sputnik) — Earlier in the day, an investigation commissioned by the WADA said in a report that Russia had been running a state-sponsored doping scheme for years. The inquiry was opened on claims by Grigory Rodchenkov, former head of the Russian doping lab in Moscow.

"The WADA Executive Committee’s key recommendations based on the McLaren Investigation Report are set out below… The FIFA Ethics Committee to look into allegations concerning football and the role played by a member of its Executive Committee, Minister Vitaly Mutko," the statement read.

"The WADA Executive Committee’s key recommendations based on the McLaren Investigation Report are set out below. The necessary decisions should be taken by the relevant organizations based on their own rules and regulations… Russian government officials to be denied access to international competitions, including Rio 2016," the statement read.

All Russian Sports Ministry Officials Must Be Sacked - WADA