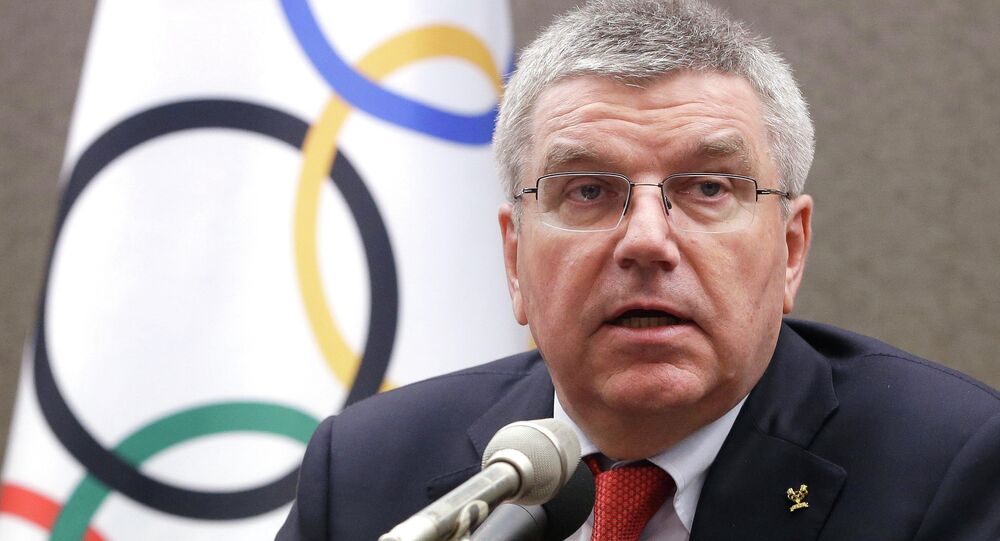 The International Olympic Committee (IOC) will thoroughly examine the doping accusations against Russia, particularly those made against the country’s Ministry of Sport, the IOC said in a statement on Monday.

WASHINGTON (Sputnik) — Earlier in the day, an investigation commissioned by the World Anti-Doping Agency (WADA) said in a report that Russia had been running a state-sponsored doping scheme for years. The inquiry was opened on claims by Grigory Rodchenkov, former head of the Russian doping lab in Moscow.

"The IOC will now carefully study the complex and detailed allegations in particular with regard to the Russian Ministry of Sport," the IOC stated.

"In the immediate short term, the IOC Executive Board (EB) will convene in a telephone conference tomorrow to take its first decisions which may include provisional measures and sanctions with regard to the Olympic Games Rio 2016," Bach stated.