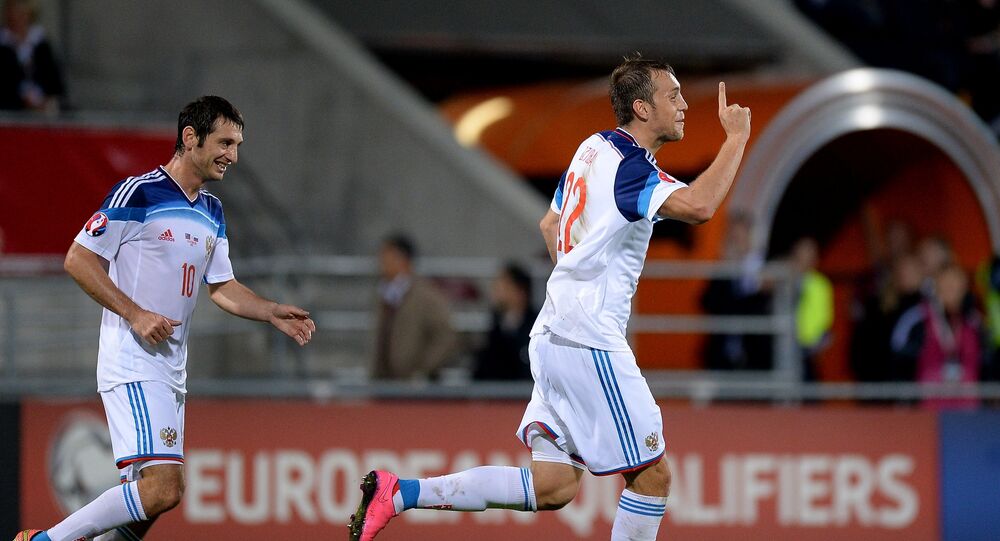 The Russian National football team is now at 38th spot in the latest FIFA raiting, updated in July, the organization said in a statement on Thursday.

The Russian national football team ranked last in their group at the Euro-2016 championship, having scored only one point in the group stages of the competition. The Russian team drew with England before losing to Slovakia and Wales 1-2 and 0-3 correspondingly, which led to Russia dropping nine spots in the ranking system, having 728 points.

Argentina still tops the table, on 1,585 points, despite its defeat by Chile in the America’s Cup World final. Belgium is in second place (on 1,401 points), ahead of Columbia in third (1,331 points).

© Sputnik / Vitaly Belousov
Lavrov: Russia Cannot Ignore Provocative Actions by British Football Fans at Euro 2016
Wales has climbed to 11th spot from 26th, making them the top ranked British team. Iceland became a sensation at the UEFA Euro 2016 and jumped to 22nd spot from 34th. Euro-2016 champion Portugal, who beat France in the tournament final, moved up to sixth spot having been ranked eighth, one head of France in 7th, up from 17th.

The FIFA World ranking is expected to be next updated on August 11.

The FIFA ranking system for men's national teams in association football was established in 1993, with points being awarded on the basis of the sides' results over the previous four years.