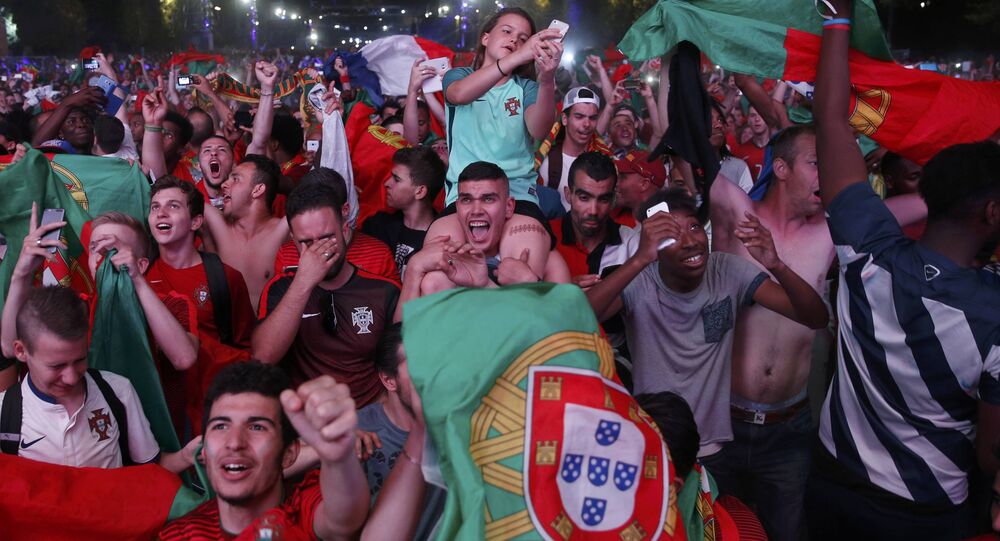 Thousands of people filled the streets of Portuguese cities after the victory of the country's national football team in the Euro 2016 final, according to RT.

Portugal defeated France during the Euro 2016 association football (soccer) final, prompting thousands of revelers to take to the streets throughout the sunny Iberian nation to celebrate the victory, RT reported.

According to witnesses, strangers hugged and welcomed their nation's triumph together as fireworks were launched high into the summer sky.

Portugal won the Euro 2016 Championship for the first time in the 56-year history of the continent-wide tournament, beating two-time winner France with a single goal.

The Portuguese team managed its 1:0 win despite its legendary captain Cristiano Ronaldo sustaining an injury in the first half of the game.

The team's forward Ederzito 'Eder' Lopez scored the only goal of the match during extra time at the Stade de France stadium in Paris.

Portugal reached the Euro 2016 final after defeating Wales 2:0 on July 6.

By crushing France, Portugal has won the right to compete in FIFA Confederations Cup 2017, which will be held in Russia.

Portugal's last soccer breakthrough took place in 2006, when its national football team took the fourth place in the World Cup.

#celebrate #portugal winning the #eurocup #eurocup2016 In #porto. I love this country so much it's stupid #adventure #wanderlust #soccer #futbol #canadian #abroad

France Beats Germany at Euro 2016, Setting Up Battle With Portugal