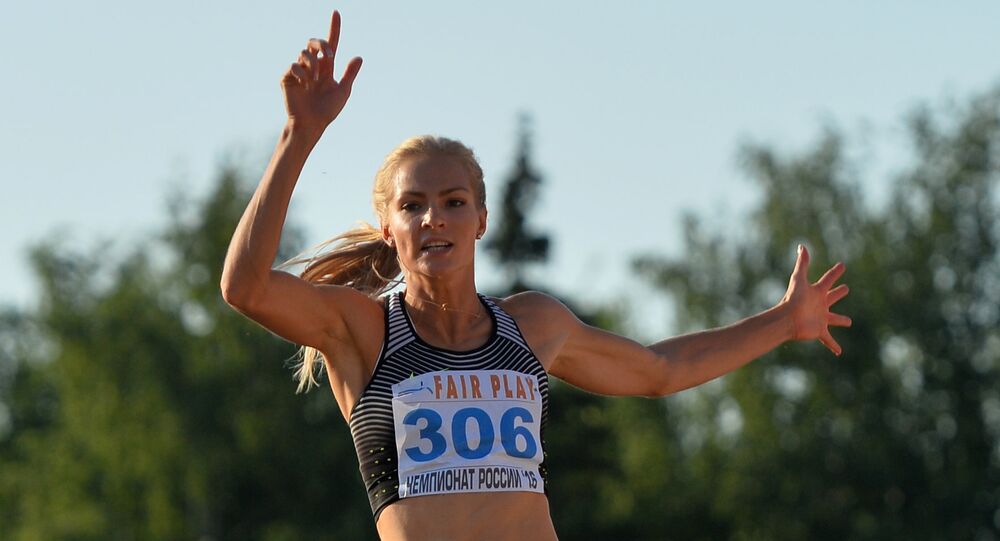 © Sputnik / Maksim Bogodvid
IAAF Bars All Russian Athletes Except Klishina From Rio Olympics - Isinbayeva's Coach
SARATOV (Sputnik) — Earlier in the day, the International Association of Athletics Federations’ (IAAF) Doping Review Board said in a statement it had agreed that Klishina "meets the exceptional eligibility criteria to compete in International Competition as a neutral athlete under Competition Rule 22.1A."

On July 1, the same IAAF's body declared Russian runner and WADA informant Yulia Stepanova eligible to compete in international competitions as a neutral athlete over making "a truly exceptional contribution to promotion of clean athletes and fair play."

In May, US media reported, citing former director of the Russia-based anti-doping laboratory Grigory Rodchenkov, that dozens of Russian athletes at the 2014 Winter Olympics in Sochi, including at least 15 medal winners, were using doping throughout the Games as part of a "state-run program." WADA has launched a probe into the claims under the lead of Richard McLaren who has already investigated reports of Russian athletes using doping.

"As for now, only two athletes are allowed to compete, Klishina and Stepanova. However, there is a proviso regarding Klishina, if there are no harsh comments in McLaren report. They [IAAF] made it all with a proviso, Klishina's participation will depend on McLaren's report," Shlyakhtin told R-Sport.

In November 2015, the WADA Independent Commission presented a report accusing Russia of numerous breaches of global anti-doping regulations and recommended the country be banned from international athletics competitions. Subsequently, the IAAF temporary suspended the ARAF's membership of the association.

Russia Should Wait for Ruling on Athletes' Participation in Olympics