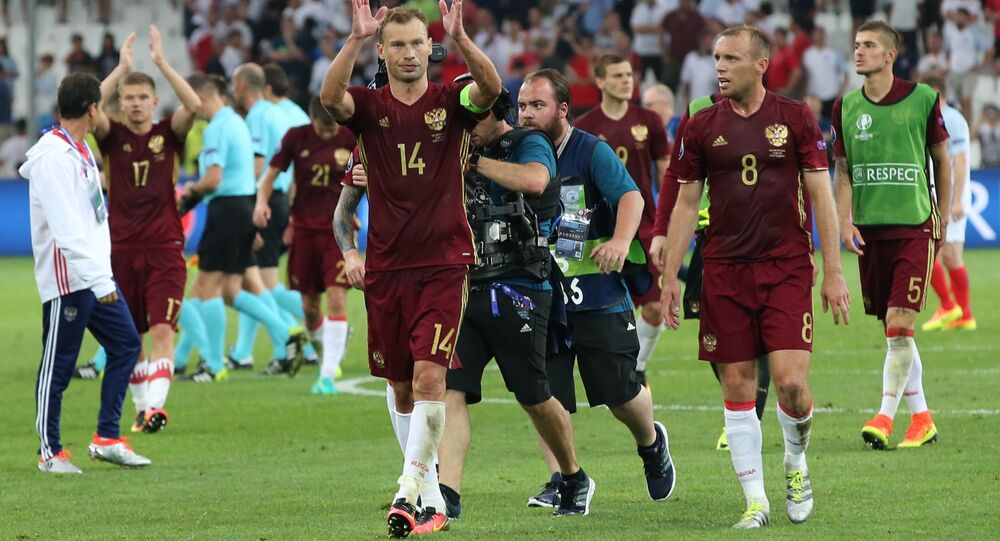 MOSCOW (Sputnik) – On Monday, the Russian team suffered a devastating 0:3 defeat in a game against Wales after drawing with England and losing to Slovakia.

"We were tested 46 times at the Euros. It is an endless thing, you need to create a normal system," Mutko told reporters in the wake of a doping scandal that plagued Russian athletics.