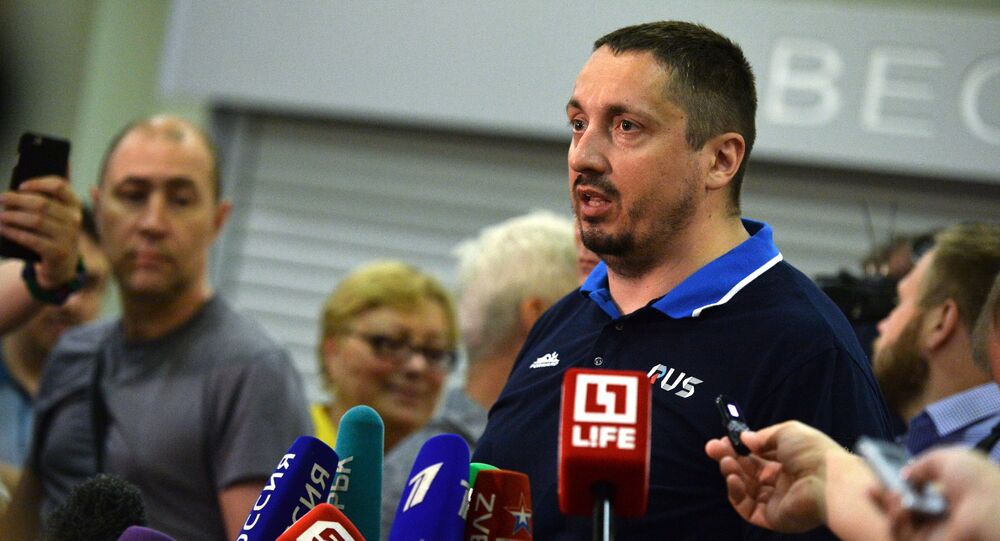 Head of the All-Russia Fans’ Union Alexander Shprygin will be deported from France later on Tuesday, the French Foreign Ministry confirmed.

"As soon as the presence on the national territory of Alexander Shprygin, who had been in a group of Russian fans expelled from the country for the violation of public order, became known, the French authorities have immediate taken measures," French Foreign Ministry spokesman Romain Nadal said at a press briefing.

On June 14, French police blocked Russian football supporters in a bus on their way to the city of Lille, where the Russian national team was set to play against Slovakia. The Russian fans were said to have participated in clashes with English fans at the stadium in the port town of Marseille on June 11. They were then transferred to Marseille. Later French police released 20 people and placed other 20 in deportation center. Subsequently, a decision was made to deport them from the country.