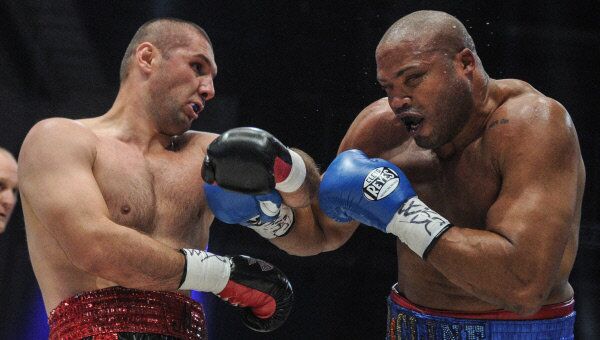 A lawsuit has been filed to compel the US state of New York to release the results of a probe into the state athletic commission’s handling of a 2013 boxing match after which Russian fighter Magomed Abdusalamov underwent crippling brain surgery, his attorney Paul Edelstein told Sputnik.

NEW YORK (Sputnik) — Abdusalamov, 32, lost a ten-round fight to Cuban fighter Mike Perez in November 2013 at Madison Square Garden in New York City. He left the arena after being cleared by doctors from New York’s state athletic commission, but had to be rushed to the emergency room, where a blood clot was discovered in his brain.

"It is a lawsuit that seeks to compel the New York State Inspector General to release findings with respect to their investigation of the Magomed Abdusalamov fight," Edelstein said on Monday.

The clot was surgically removed, and Abdusalamov was put into a medically induced coma before suffering a stroke the next week that left him with numerous neurological deficiencies.

Abdusalamov’s manager complained that the athletic commission’s doctors improperly allowed the fighter to leave the arena following the bout. An investigation was opened into the matter, but results have yet to be made public, according to Edelstein.

"One can only really wonder how the conclusion can be anything but negative for the state regarding what happened here," Edelstein stated, adding that the results of the probe may provide enough evidence to prove negligence on behalf of the athletic commission.

Abdusalamov hails from the Republic of Dagestan in Russia’s restive North Caucasus region. He captured the Russian super heavyweight amateur championships in 2005 and 2006. He turned professional in 2008 and moved to the United States the following year.

The loss to Perez was the first of Abdusalamov’s professional career after 18 wins.