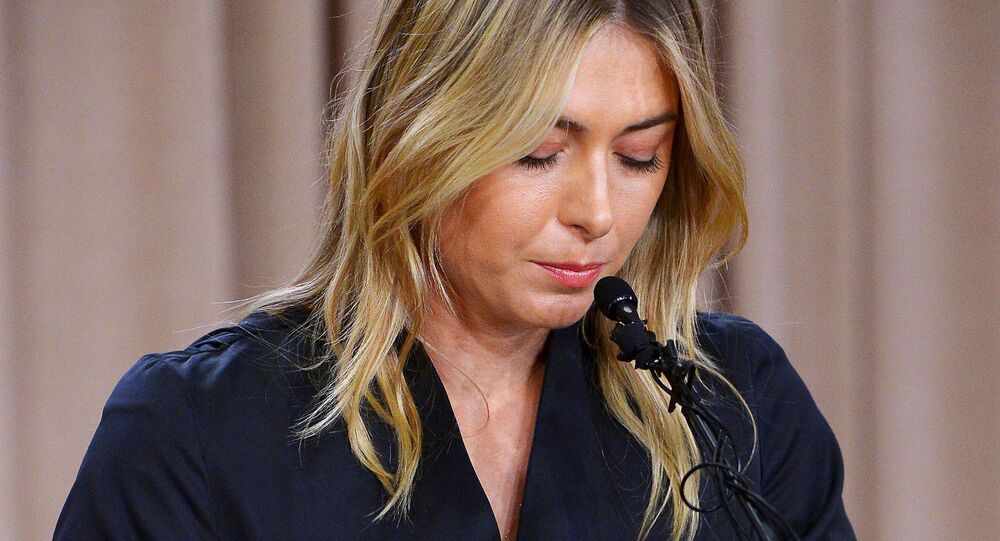 MOSCOW (Sputnik) — Reedie said that Sharapova will make more than the whole of WADA's budget in just one year.

"The statement made today by the WADA president is unprofessional. Justice, whether in the eyes of WADA or a court, must be blind, including being blind to a player's earnings," Sharapova's lawyer John Haggerty said.

Reedie's comments came amid doping scandal surrounding Sharapova. She was suspended from competing in March after admitting she had tested positive for meldonium, a metabolic modulator included in the WADA's Prohibited List, at the Australian Open in January.

On June 8, the International Tennis Federation’s (ITF) Independent Tribunal announced Sharapova would be suspended for two years from participating in tennis competitions, counting from January 26, 2016. She filed an appeal and Court of Arbitration for Sport (CAS) said it would make a decision on appeal by Sharapova not later than July 18.