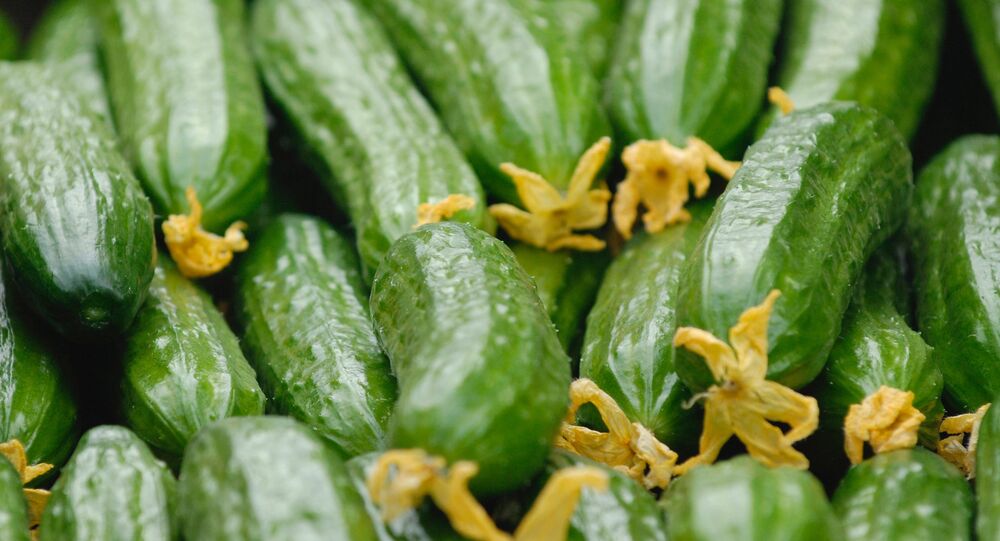 Currently, with the Euro 2016 football championship going on, it's all about intuition and insight. A Finnish cucumber, with a little help from its Finnish owner, has been forecasting match results. Having "guessed" a number of match outcomes, the cucumber has already gained cult status on social media.

© Flickr / John Carkeet
Letting Off Steam the Suomi Way: Big Wheel in Helsinki Gets a Sauna Cabin
The cucumber has steadily grown in popularity following it correctly predicting the outcome of many matches in the Euro 2016, Finnish national broadcaster Yle reported.

The fortune-telling cucumber's owner said he happened to have stumbled upon the clairvoyant vegetable lying on the street of Helsinki. He took it home and started making predictions by spinning the cucumber between the names of the two competing teams before every match.

Photos of the cucumber's new prophecies are posted on its Facebook page ahead of the day's matches.

© Wikipedia
The Frog Prince: Russia Rolls Out a Red Carpet for Finnish Frogs
The watery vegetable has hitherto picked the winning team in five out of eight matches. After having erroneously predicted a win for Ireland over Sweden, the cucumber stood corrected with a following witty comeback:

"I foresaw two Ireland goals, but my interpreters didn't understand that one was going into their own net," referring to an own goal by the Irish defender Ciaran Clark in the second-half, which lead to a 1-1 draw.

The cucumber's success as an oracle has drawn comparisons with the soothsaying mollusk Paul the Octopus, whose claim to fame was correctly "guessing" the outcome of most of Germany's matches during Euro 2008 and World Cup 2010.

Whereas Paul the Octopus passed away at the ripe old age of two-and-a-half, the fortune telling cucumber may start to rot before the end of the Euro 2016.