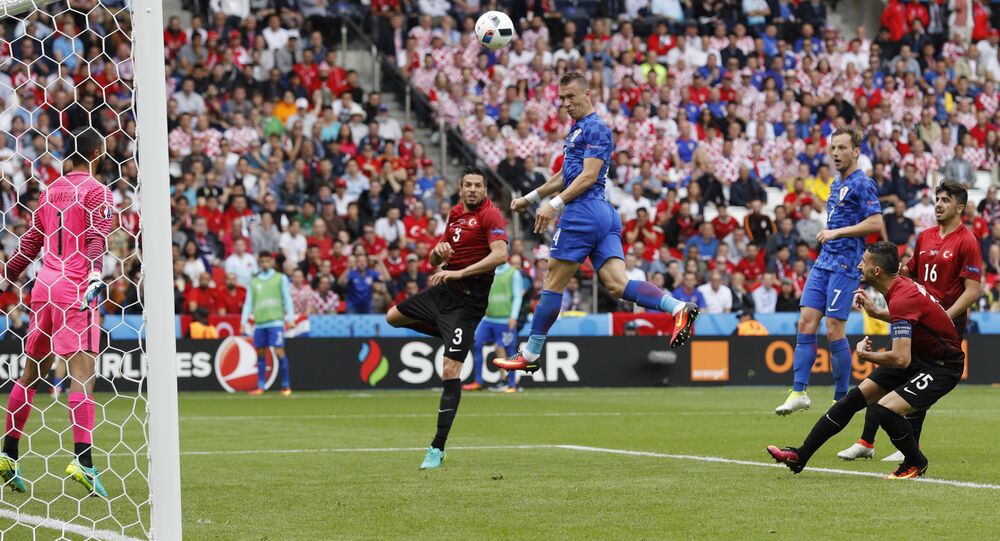 UEFA on Monday opened a disciplinary probe into the national football federations of Croatia and Turkey over their fans’ behavior following a match between the two countries held in the French capital.

MOSCOW (Sputnik) — On Sunday, Croatia won Turkey 1-0 in a group stage game held as part of the Euro 2016 tournament in Paris.

“Disciplinary proceedings have been opened following the UEFA EURO 2016 group stage match between Turkey and Croatia (0-1) in Paris,” a statement on UEFA’s website said.

© Sputnik / Виталий Белоусов
Euro 2016 Football Championship in France : England, Russia 1:1
According to the statement, both countries’ football federations have been charged with setting off of fireworks by fans, while Croatia was additionally charged with “field invasions by supporters,” and Turkey – with “throwing of objects” by fans.

National football federations are held responsible for their fans' behavior during UEFA games.

According to the statement, the UEFA Control, Ethics and Disciplinary Body is expected to judge the case at a meeting on July 21.