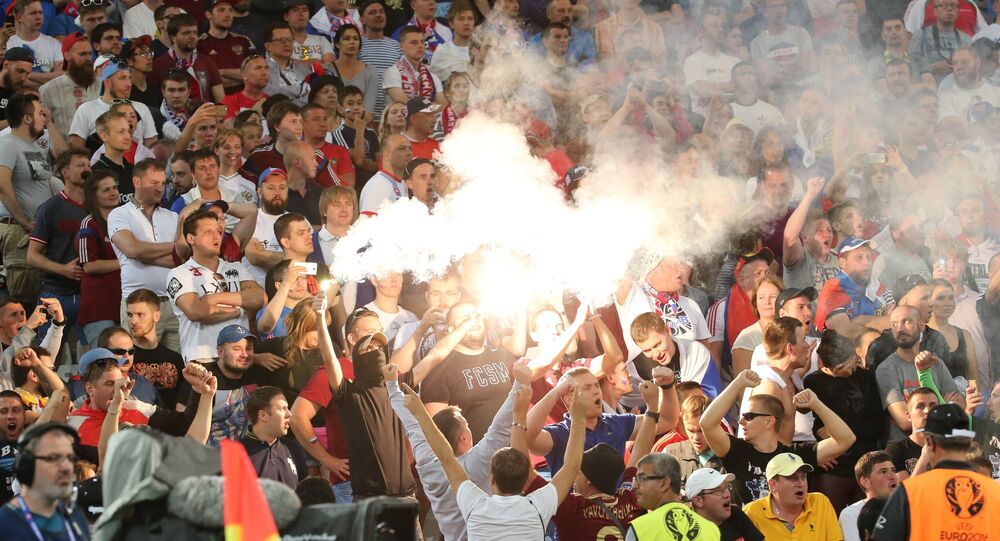 The Russian Football Union will identify and punish those Russian fans, who participated in disorders at the Velodrome stadium in Marseille during the Euro 2016 football match between Russia and England, Russian Sports Minister Vitaly Mutko said.

MOSCOW (Sputnik) — On Saturday, Russian national football team played in a draw with the team of England at the UEFA’s Euro 2016 tournaments in France. The game ended with 1:1 score. England's quarterback Eric Dier scored the first goal at the 73th minute of the match. Russia's Vasili Berezutski tied the score in the added time.

Sometimes a draw feels like a defeat. #ENGRUS #EURO2016 pic.twitter.com/ivlUKOxRR7

​Following the match, about 30 Russian fans entered the area with England's fans, having broken through a security cordon. The clashes began and the security forces had to separate the groups of fans.

"It is necessary to create hospitality zones for all fans… It is necessary to understand, who arrives [at the championship]. And how do you call the situation, when our fans are sitting and English fans are throwing something to them. Unfortunately, we have fans, who burn and blow up flares. It is not pleasant to pay fines for them. Now we will identify and punish all of them," Mutko told R-Sport agency after the Saturday's Russia-England football match.

The Russian Football Union will be probably fined by the Union of European Football Associations (UEFA) over disorders, Mutko added.

"As far as I understand, the UEFA will fine us [Russia]… They [fans] behaved in an improper manner," Mutko told R-Sport agency after the Saturday's Russia-England football match.