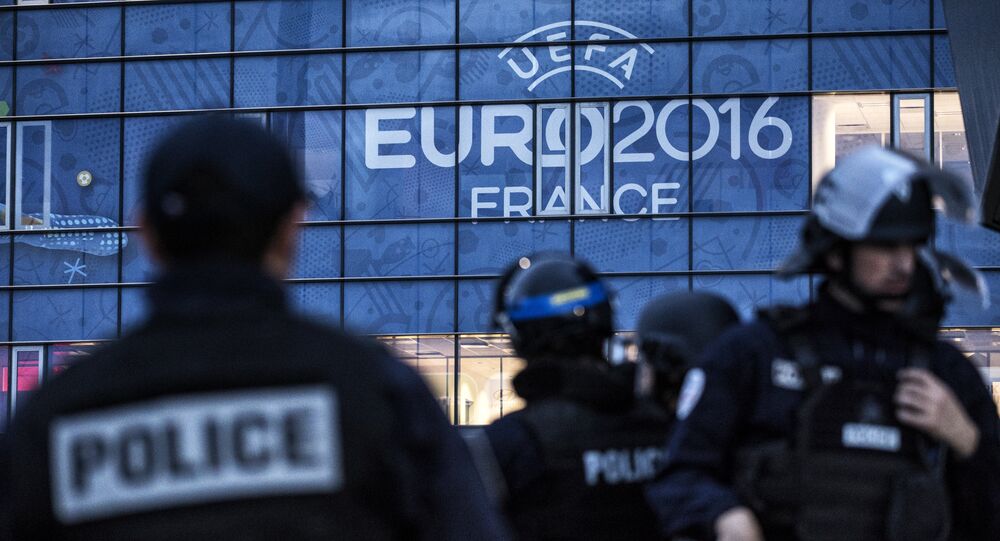 The Union of European Football Associations expressed regret on Friday over the violent clashes between football fans in Marseille on the eve of the 2016 UEFA European Championship, and called on the fans to behave respectfully during the tournament.

MOSCOW (Sputnik) — On Thursday night, the clashes between English fans and local youth erupted near the Queen Victoria Irish pub in Marseilles’ Old Port. The clashes forced the police to use tear gas to break up the fight, and to arrest at least two English fans. The incident came a day before the opening of the June 10 — July 10 championship held in France.

"UEFA regrets the skirmishes that occurred in Marseille yesterday. We are confident that the safety of travelling fans will be ensured by the local authorities which are responsible for order in the city. We make an appeal to all fans to behave respectfully throughput the tournament," UEFA said in a statement, obtained by the Daily Telegraph.

The English fans arrived in Marseille to root for for their national team, as the Three Lions will play its first game with the Russian team at the Stade Velodrome in Marseilles on Saturday.