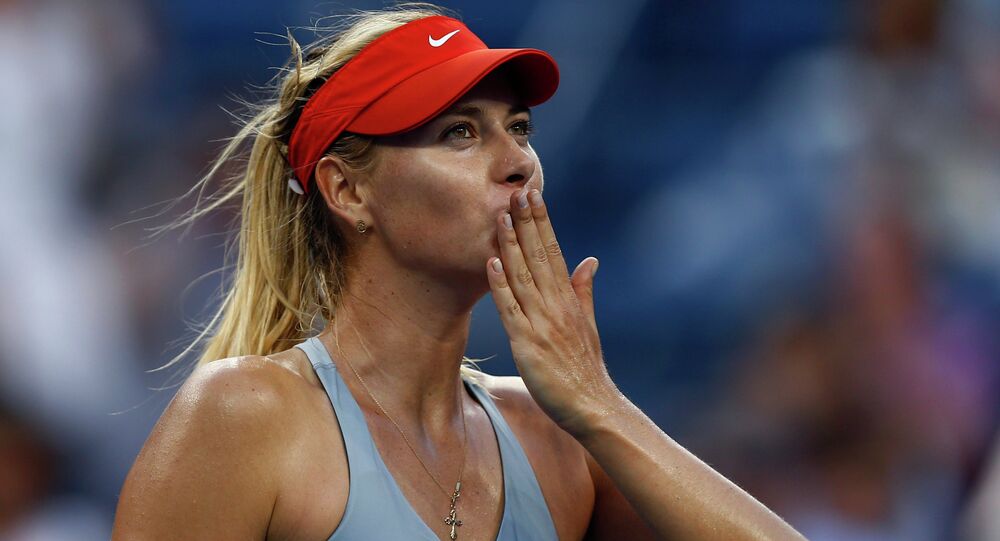 Maria Shapova's professional tennis player's career is unlikely to contunue, the President of the Russian Federation of Tennis said Thursday.

MOSCOW (Sputnik) – Russian tennis star Maria Sharapova will most likely not compete due to the detected use of meldonium, which has put her future career under question, Russian Federation of Tennis President Shamil Tarpischev said Thursday.

All the way from Rome?! THIS made my day. Thank you #SharaFamily pic.twitter.com/E57R97A9o5

​"It’s very unlikely," Tarpischev told R-Sport when asked of Sharapova would compete in any upcoming events.

Whoa, first fist pump in a while!! 👊🏻 pic.twitter.com/zdIdoFZPJk

In March Maria Sharapova, who is a five-time Grand Slam champion, announced that she had tested positive for meldonium, which was added to the list of banned substances on January 1, 2016, by the World Anti-Doping Agency's (WADA). She said her family doctor began issuing the substance, also known as mildronate, in 2006 because of the health problems she had.