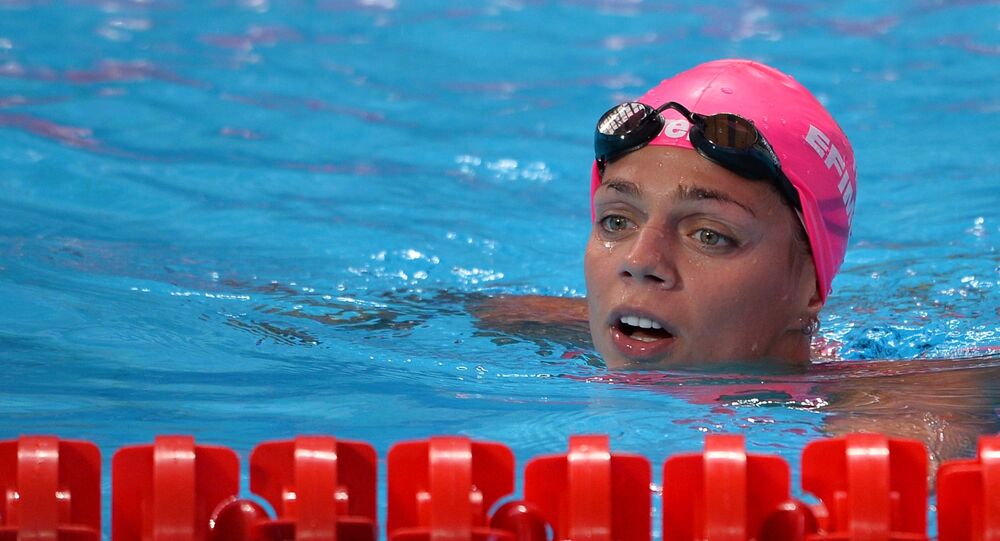 The Russian Swimming Federation received from the International Swimming Federation (FINA) documents confirming the suspension of Russian swimmer Yuliya Efimova over the possible violation of anti-doping rules, according to a statement issued by the federation on Thursday.

"The Russian Swimming Federation informs that it had received from FINA the papers confirming the suspension of the athlete over a possible anti-doping rule violation," the statement reads.

In October 2013, Efimova tested positive for the 7-keto-DHEA steroid, for which she received an 18-month ban.

© REUTERS / Thomas Peter
Sharapova Thanks Fans for Support Amid Doping Scandal
The Russian athlete is facing a life-time ban from competitions for the repeated violation of anti-doping regulations.

Meldonium, a Latvian-made anti-ischemic drug used in Eastern Europe and the former Soviet Union to treat heart conditions, has been at the center of the latest doping scandal involving a number of Russian athletes, including tennis player Maria Sharapova, who had reportedly been using the medication for health reasons long before it was banned in January 2016.