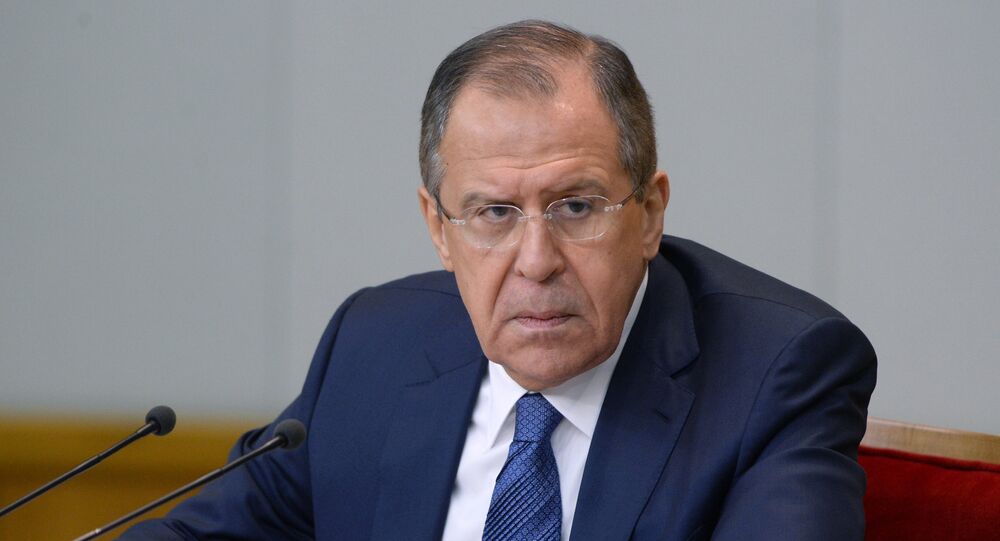 The Russian foreign minister thinks that WADA must approach the alleged doping crisis in Russia's sports without attempts to politicize the issue.

"These are serious people, we respect WADA and want to cooperate with the agency. But it must be done on a professional and fair level, without slogans and attempts to claim the ultimate knowledge of scientific truth…We have our own experts, and other countries do too," Lavrov said in an interview with REN-TV television.

Lavrov criticized the remarks by Richard Pound, the chair of the World Anti-Doping Agency (WADA) independent commission, that Russia is running out of time to eliminate doping in national athletics and may not be allowed to send a track-and-field team to 2016 Rio Olympics.

"These statements are a street-level talk rather than a professional discussion," lavrov stressed.

Moreover, according to Sergei Lavrov, Russia is expecting to receive an explanation from the World Anti-Doping Agency (WADA) for including meldonium into the list of banned substances.

"I believe that professional explanation must follow in response to professional questions. Maybe WADA management had good reason unknown to either us or the scientific community and the expert community," Lavrov told the Russian Ren-TV broadcaster in an interview.

The top Russian diplomat added that the latest decision by WADA, the mechanism aimed at preventing the use of performance-enhancing drugs in sports, has raised questions among professionals.

The World Anti-Doping Agency (WADA) added meldonium to its banned substances list on January 1, 2016. The agency considers the drug to be a metabolic modulator that increases athletes' endurance and shortens post-exercise rehabilitation time, as well as being shown to enhance the activation of central nervous system functions.