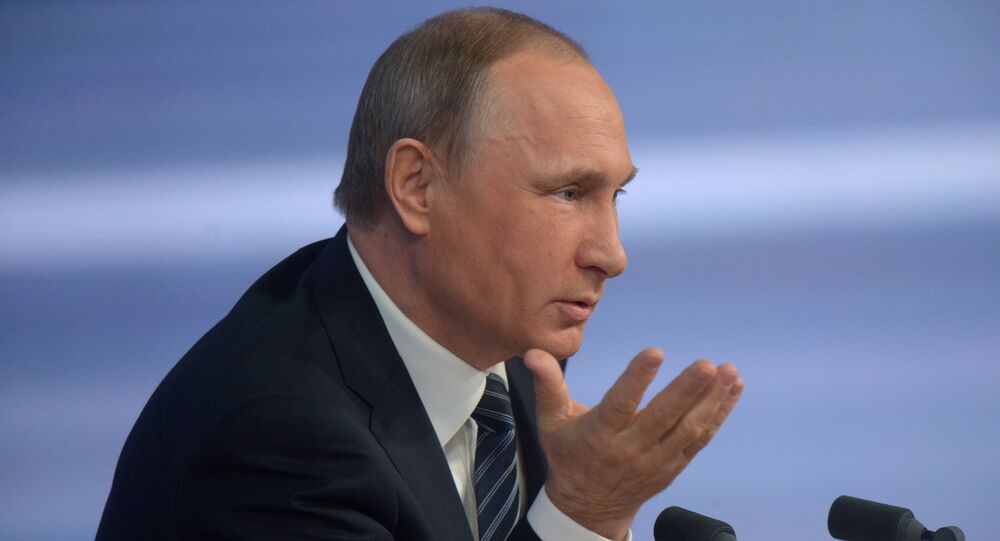 Russian President Vladimir Putin said that Moscow did not put any pressure on FIFA in order to hold the 2018 FIFA World Cup.

"If you remember, I didn't even go to the voting itself, I came after the vote was held so that I would not interfere at all or exert any pressure [on FIFA]. And there was really no way we could have exerted any pressure there," Putin told reporters

Putin stressed that Russia won the FIFA World Cup bid fairly. "We are 100 percent sure that we won the right to host the world championship in a fair competition," he said.

© Sputnik / Alexei Druzhinin
FIFA's Blatter Deserves Nobel Peace Prize - Putin
Russia will host the FIFA World Cup for the first time from June 14 to July 15, 2018. A total of eleven Russian cities will serve as venues for the world's most viewed sporting event.

The football championship will take place amid a deepening corruption scandal that has engulfed FIFA since spring.

In May, the US Justice Department charged nine FIFA officials and five corporate executives with allegedly receiving some $150 billion in bribes. Later that month, Switzerland opened an independent investigation into the FIFA bidding process for the World Cup championships in 2018 and 2022, awarded to Russia and Qatar respectively.