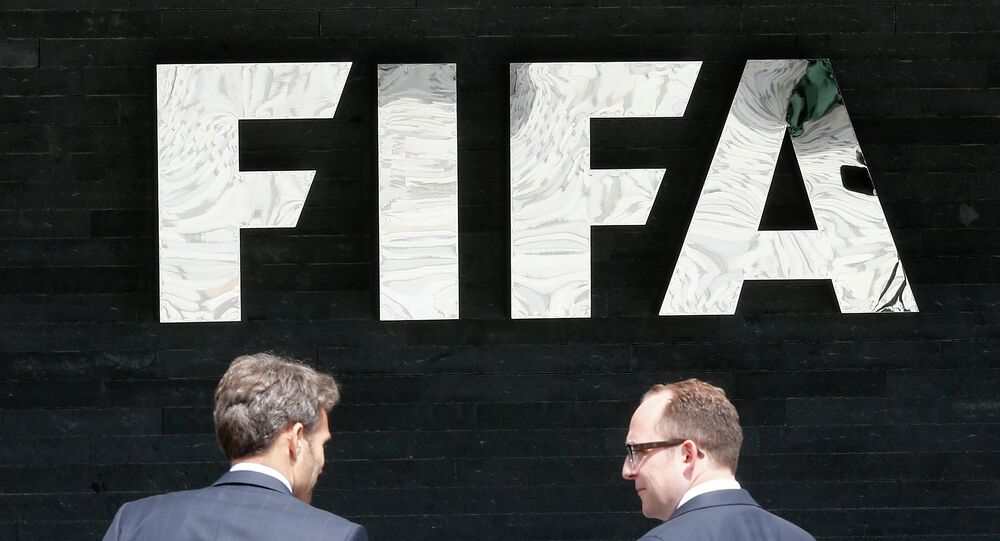 Attorney General Michael Lauber said that Swiss authorities have confiscated the financial assets of a certain person involved in the FIFA corruption scandal unveiled in May.

© AFP 2020 / MICHAEL BUHOLZER
Justice Department Aims to Bring All Charged in FIFA Scandal to US
WASHINGTON (Sputnik) – Swiss authorities have confiscated financial assets of a certain person involved in the FIFA corruption scandal unveiled in May, Swiss Attorney General Michael Lauber said in a press conference on Monday.

"Financial assets have been seized, including real estate, for example, flats in the Swiss Alps," Lauber said. "As this is an ongoing process, it is, therefore, too early to name a specific figure of frozen assets."

On May 27, the US Department of Justice charged 14 people — including nine FIFA officials — with racketeering, money laundering and taking $150 million in bribes.

Lauber said the investigation into FIFA scandal was still ongoing.

"As of today, 121 different bank accounts have been brought to the attention of our task force by the Swiss financial intelligence unit," he added.

Swiss investigators have seized 11 terabytes of data in connection with the FIFA probe, the attorney general said.

On Monday, US Attorney General Loretta Lynch said the United States plans to bring addition charges against people and entities involved with FIFA.