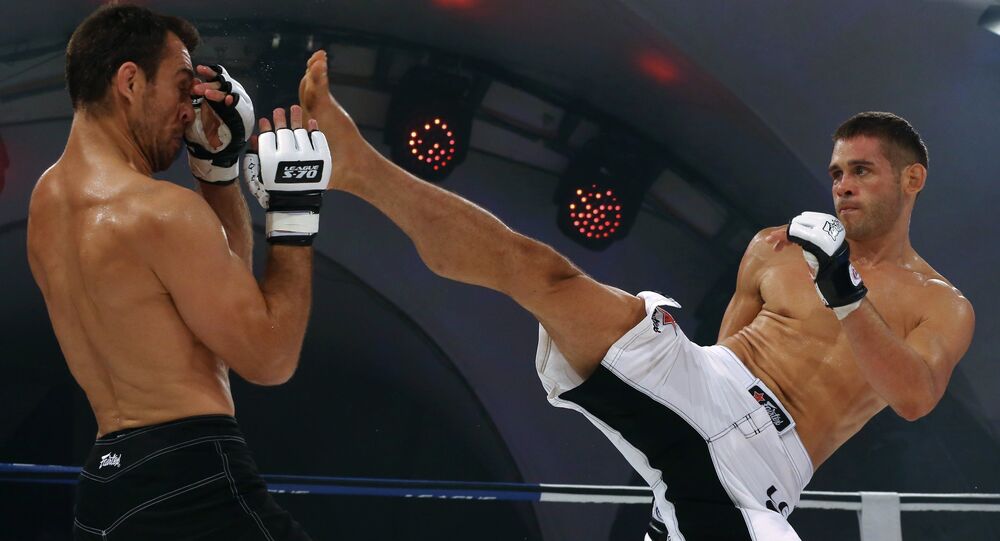 The president of the Nicaraguan Federation of Sambo considers Venezuelan wrestlers to be the favorites of the upcoming Pan American Sambo Championship.

© Sputnik / Ekaterina Shtukina
Nicaragua Wants Sambo to Become Olympic Sport
MONTEVIDEO (Sputnik) — Venezuelan sambo wrestlers are the favorites to win the 2015 Pan American Sambo Championship, which is due to start in Nicaragua on Thursday, the president of the Nicaraguan Federation of Sambo, Carlos Alberto Perez Zeledon, told Sputnik.

"The Venezuelan team, which has 14 years of experience, is the strongest one," he said.

Perez added that the host of the competition, Nicaragua, have entered more athletes in the competition than any other team – two female and two male teams comprising 36 wrestlers.

"Now, with the presidency of Vasily Shestakov in the Sambo International Federation (FIAS), a major effort has been made to promote sambo in Latin America, and the result is that [sambo federations in] 24 regional countries have FIAS recognition," the official pointed out.

More than 200 athletes and coaches from 24 countries will participate in the 2015 Pan American Sambo Championship, to be held on September 3-6 at the University of Managua.

Sambo was founded in the 1920s by Soviet soldiers, who combined elements of judo and various wrestling styles. Its name is derived from a Russian military acronym meaning “self-defense without weapons."