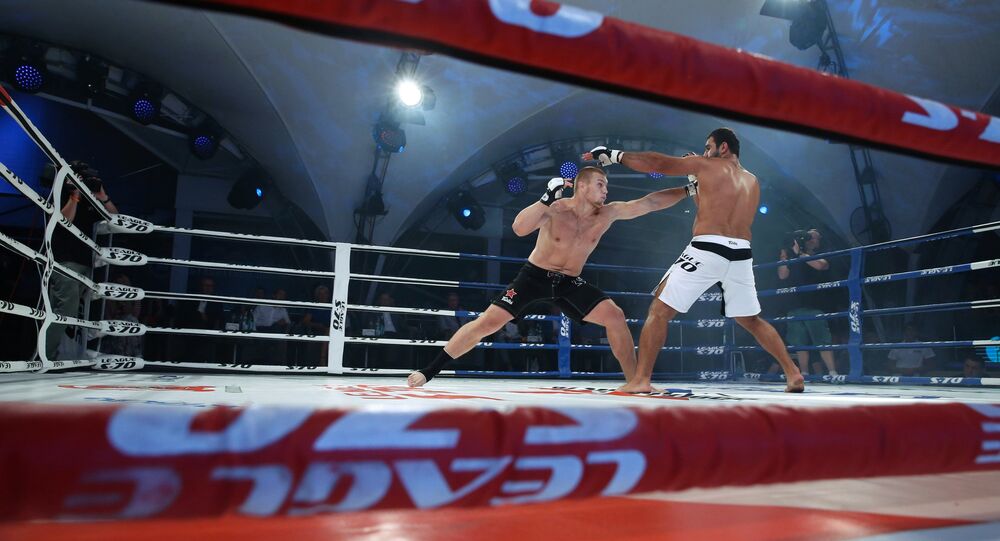 The Soviet art of self-defense became very popular, the president of the Nicaraguan Federation of Sambo told Sputnik.

Youtube / RuptlyTV
Steven Seagal Demonstrates His Hardcore Fighting Skills
MOSCOW (Sputnik) — Nicaragua wants sambo to become an Olympic discipline and will contribute to its recognition on the continent by hosting the 2015 Pan American Sambo Championship, the president of the Nicaraguan Federation of Sambo, Carlos Alberto Perez Zeledon, told Sputnik.

Perez added that "with the rise of martial arts, sambo has become very popular" in several countries of the continent and in Nicaragua itself. However, he admitted that there is still much work to do to include the discipline in the Olympics.

© Sputnik / Alexei Druzhinin
Jeff Monson Donates His Pay-Check to Donbas Children (VIDEO)
"We want to have a similar organization to the federations forming part of the Olympics. Sambo is trying to achieve its entry into the Olympic movement and we are in the process of reorganization," he stressed.

More than 200 athletes and coaches from 24 countries of the continent will participate in the 2015 Pan American Sambo Championship to be held on September 3-7 at the University of Managua.

Sambo was founded in the 1920s by Soviet soldiers as a merger of elements of judo and various wrestling styles. Its name derives from a Russian military acronym for “self-defense without weapons."