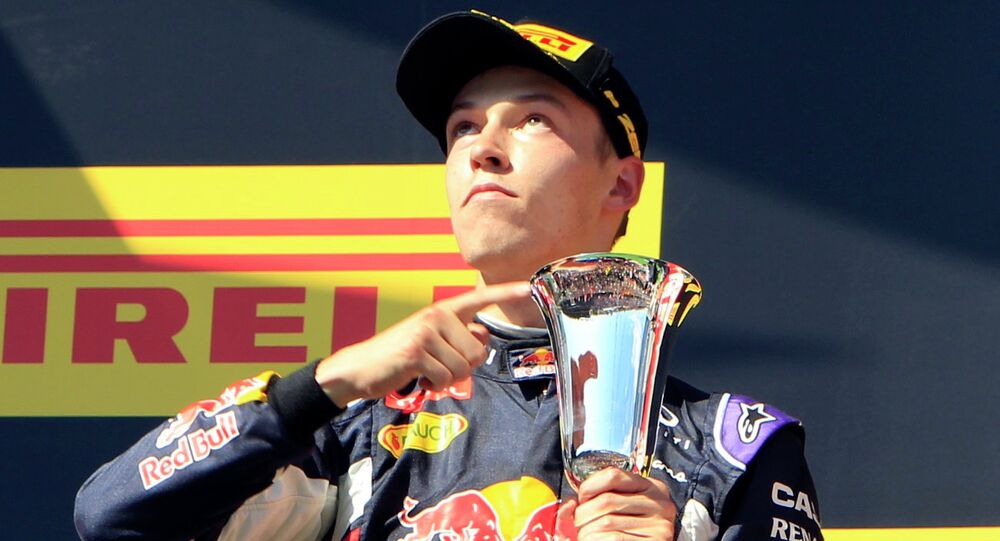 Russian Driver Wins Second Place in Formula One, For First Time Ever

Russian Formula One driver Daniil Kvyat scored an unexpected second place at a race in Hungary, the first such result for a Russian driver, despite numerous difficulties from the beginning.

Russian Formula One driver Daniil Kvyat, a member of team Red Bull, won second place in the Hungarian Grand Prix on Sunday, the best Formula 1 result in history for a Russian driver.

The result was unexpected for Kvyat, who placed eighth in qualification and had difficulty keeping pace almost from the start.

"To be honest, I thought after the first turn that the race was over for me, because I put a very big scrape on one of the tires. And because of this I could hardly keep the vehicle on the track. But then the team told me to keep attacking," Kvyat said.

Kvyat, together with the other winning drivers, dedicated his victory to Jules Bianchi, who passed away on June 17 after spending nine months in a coma following a tragic accident at a Formula One racing event in October 2014.

Pedal to the Metal! Formula E Racing in Moscow

Formula One's Fernando Alonso Wakes Up From Crash Thinking It's 1995