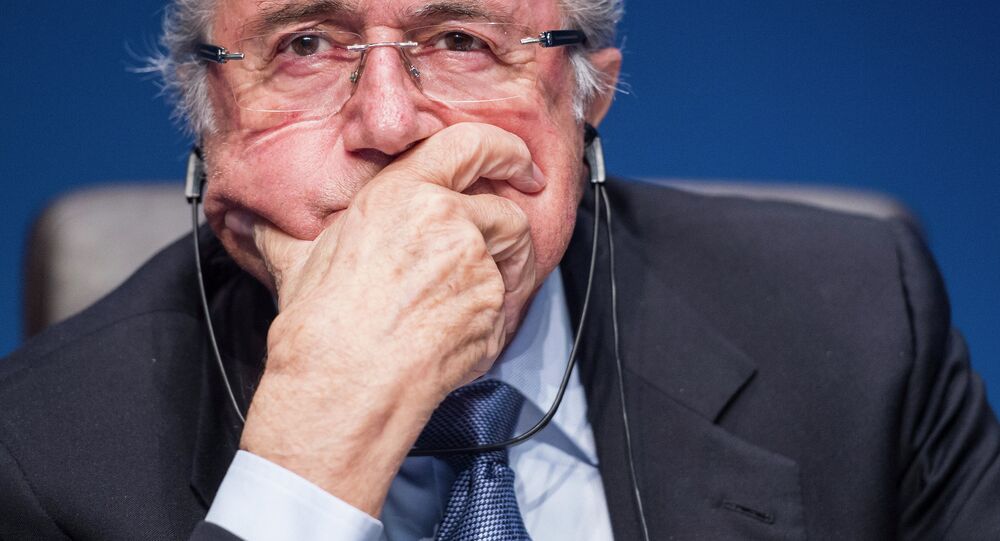 FIFA Confirms Blatter Said Did Not Resign as President

FIFA has confirmed the authenticity of a Joseph Blatter interview published Friday in which an official claimed Blatter had not actually resigned as president of the world football’s governing body, a FIFA's spokesperson told R-Sport Friday.

© AP Photo /
Switzerland May Question Blatter in Relation to FIFA Corruption Case
ST. PETERSBURG (Sputnik) – In an interview with the Swiss newspaper Blick, Blatter stated he did not resign as FIFA president but, rather, made a mandate available at the next FIFA extraordinary congress. The comments triggered a wave of media speculation that Blatter could stand as a candidate in the next election.

“In relation to your inquiry we can confirm the quotes in Blick are accurate,” the FIFA spokesperson said.

On June 2, Blatter, who had been heading FIFA since 1998, announced he would step down, four days after he had been reelected for a fifth term, amid the large-scale corruption scandal in the FIFA.

On May 27, the US Department of Justice charged 14 people — including nine FIFA officials — with racketeering, money laundering and taking $150 million in bribes. Seven of the FIFA officials were arrested in Zurich, Switzerland on the same day.

Blatter’s successor is expected to be announced at a FIFA extraordinary congress to be held between December 2015 and March 2016.

Blatter May Attend Women's Football Cup in Canada, But Not Welcome